After sampling a GP3 car last month, Kubica completed a number of laps in a FE test car, which was part of an independently organised test.

FE has been keen for some time to offer Kubica a test, and one almost took place at the end of season one.

The Pole is believed to be considering a potential drive in the all-electric championship should he be able to drive the car competitively.

If Kubica decides he is able to race the Formula E car, he could feasibly find a berth with DS Virgin Racing for the New York race this July.

Both DS Virgin and the Renault e.dams teams have vacancies due to Jose Maria Lopez, Sam Bird and Sebastien Buemi all competing at the clashing Nurburgring World Endurance Championship round. 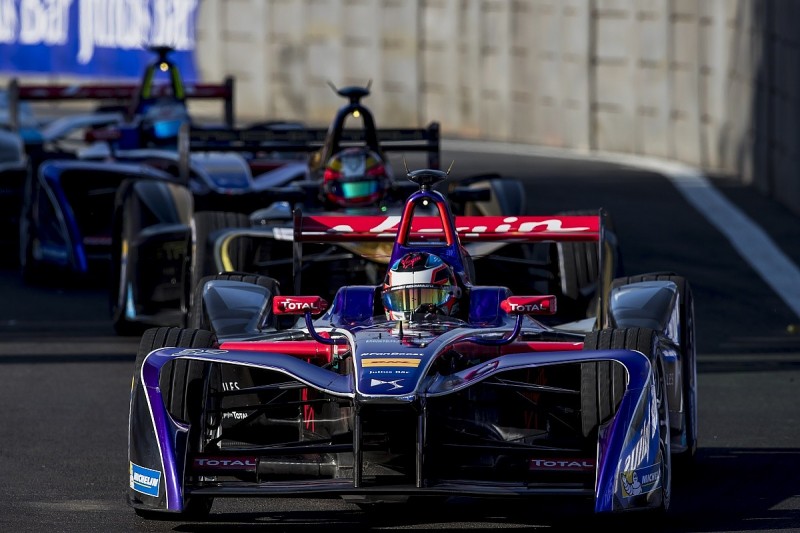 It is understood DS Virgin would be the more likely opportunity for Kubica should he be able to race, although team boss Alex Tai told Autosport during the last FE event in Mexico City that he ideally wanted drivers with series experience to stand in for Bird and Lopez.

"We would like someone who has driven a Formula E car obviously, as we have seen even experienced drivers struggle to adapt in the past," said Tai.

"The decision is taken by me, but only after detailed consultation with Xavier [Mestelan-Pinon, DS performance director] and Chris Gorne, our engineer."

Kubica still maintains a relationship with the PSA Group, the company that owns the DS brand and its sister Citroen marque, after driving for the latter in the World Rally Championship.

DS Virgin is expected to soon announce reserve driver Alex Lynn, who shook down Lopez's car in Mexico City, as one of its two race drivers for New York.

Renault e.dams is known to strongly favour an FE-experienced stand-in for New York as it seeks to protect Buemi's title defence bid in his absence.

Kubica was due to make his full-time circuit racing comeback in the WEC this season, but pulled out of his drive in the ByKolles LMP1 team on the eve of the opening round.