Rene Rast's retirement after Oliver Rowland "barely made contact" with him in the Mexico City E-Prix shows the Gen3 Formula E cars are lacking robustness, reckoned the Briton.

Rowland and Rast came together at the Turn 5 hairpin with four laps remaining, and left the McLaren driver having to pull over at the side of the road on the exit of Turn 7 with broken suspension.

This concluded a difficult return to the series for Rast, who rejoined Formula E after a year away following the departure of Audi at the end of 2020-21.

Rast's recall of the incident suggested that he felt Rowland was at fault for the incident, but was not especially critical of the Mahindra driver in their contact.

"Unfortunately, Rowland dived into my right hand side and we had contact - the front-right suspension broke - in Turns 5 and 6," Rast recounted to Autosport.

"So yeah, this ended my race unfortunately until that point. I think we did what we could starting from P15. There was for sure more in it, but in the end it just didn't work out."

Rowland explained that he was attempting to put a pass on Rast for 13th place, and that the two cars touched wheels in the middle of the hairpin. 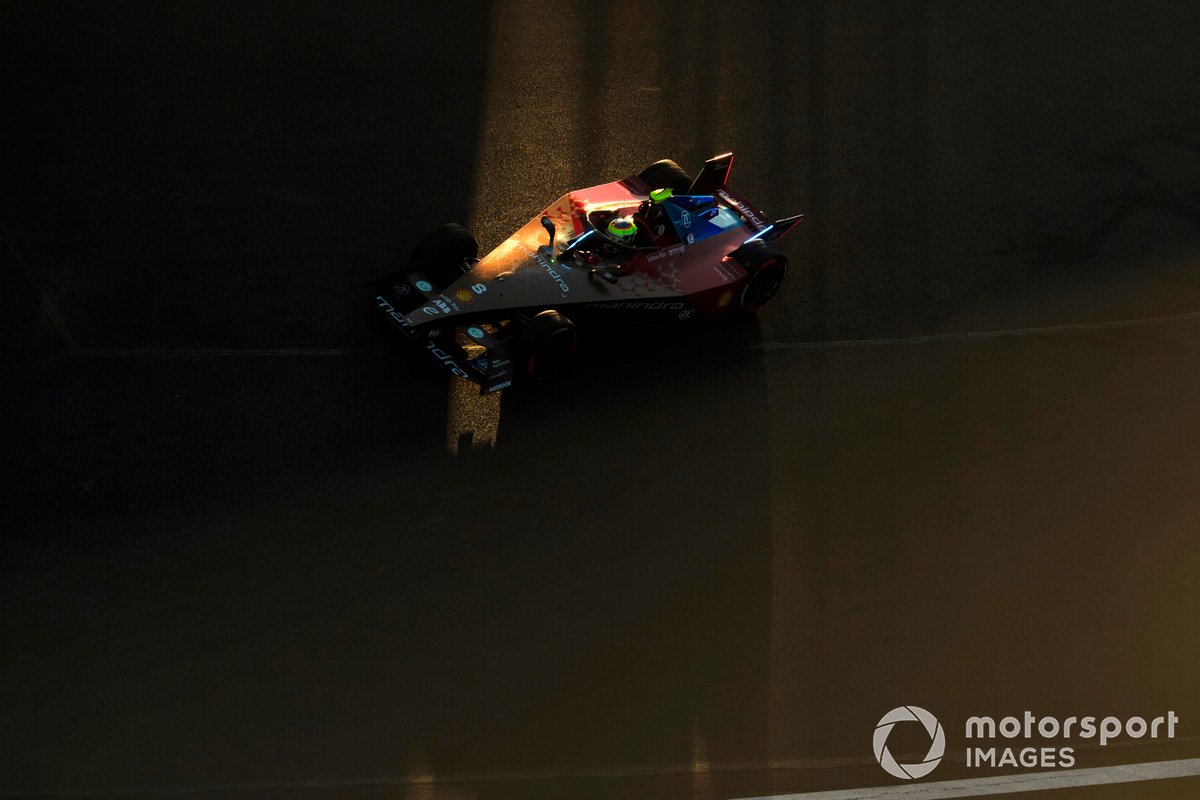 The Yorkshireman shared his sympathy with Rast, feeling that the German racer did not deserve to be out as a result of the contact - adding that the Gen3 car was "quite weak" in dealing with close-quarters racing.

"I was up the inside and, in the middle of the corner, we just touched wheels," Rowland told Autosport.

"I think it's pretty unfortunate for him to be out because of it. It must have hit like a really bad angle, but I mean, we barely made contact - it wasn't like we hit hard.

"I just think these cars are quite weak structurally. And last year it would've been nothing."

"You have to risk more to pass with this car. You risk more, the damage is easier - on these types of tracks, there's going to be a bit of attrition."

Explaining his lack of pace compared to new Mahindra team-mate Lucas di Grassi, who claimed pole and a podium in Mexico, Rowland admitted he was simply "slow" and that set-up tweaks had not worked in his favour.

Rowland was keen to add that di Grassi's results had given the team hope after a difficult off-season, where Mahindra's new Gen3 kit was late in arriving.

"I was slow. I really struggled with rear tyre deg," said Rowland. "We were very different in terms of settings, set-up, everything. It's kind of, you have to learn at this early stage. He was in a good window and I was in a very bad one.

"I was good in Valencia. I was, I was top five the whole time, and then it was a bit the other way around here.

"We tried to reinvent a little bit between Valencia and now on my side of the garage and it didn't work. But it's also good that we also have Abt to help a little bit as well. We're all trying different things, trying to understand as quickly as possible.

"If [di Grassi] had been at the back with us, he'd have been pretty demoralised to be honest. But, the fact that he was at the front gives hope - and it's positive."