Promoted: Why Mahindra has partnered with Pioneering and Innovation Award

Dilbagh Gill says it was a "proud moment" when Jean Todt collected the Autosport Awards' 2018 Pioneering and Innovation Award, which is sponsored by the Mahindra Racing ABB FIA Formula E squad

The Mahindra squad has become one of FE's frontrunning teams, winning three races through Felix Rosenqvist.

Gill spoke exclusively to Motorsport TV's Julia Piquet on the red carpet ahead of this year's Autosport Awards.

In the video, he discusses the upcoming episode of Mahindra Blueprints and how it will preview FE's "exciting" upcoming Gen2 era.

The Mahindra-sponsored award was collected by FIA president Jean Todt on behalf of the governing body, which was selected for the Pioneering and Innovation accolade for its work on the halo cockpit protection device.

The FIA put the device into Formula 1's regulations on safety grounds ahead of the 2018 season despite opposition from teams.

It was also implemented in Formula 2 and was credited with saving F2 racer Tadasuke Makino and Sauber F1 driver Charles Leclerc from serious injury in their dramatic crashes at Barcelona and Spa respectively.

The halo will be used in the upcoming FE season, where it was built into the initial concept designs for the Gen2 car that the teams will use from the start of the 2018/19 championship.

"From the very beginning, when we entered the inaugural season of the ABB FIA Formula E championship, Mahindra Racing has been passionate about engineering, technology and sustainability," said Gill. 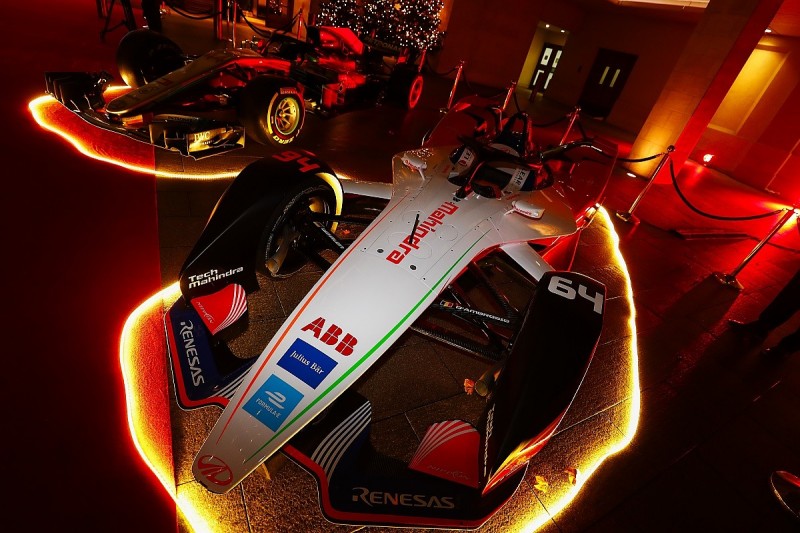 "The very nature of Formula E has been innovative - as the world's first all-electric series - so we felt that there was a strong synergy between what we are doing on a daily basis in our sport and Autosport's Pioneering and Innovation Award, and it made natural sense to become a partner of the award.

"Jean Todt has been a huge driving force behind Formula E and so it was a proud moment for him to become the recipient of the award in the first year we have sponsored it for his important work in bringing the halo safety device to single seater racing; you'll see his work on this year's Formula E race cars which will debut next week at the first race of the 2018/19 season."

Leclerc presented Todt with the prize during the on-stage ceremony at the Autosport Awards.