Renault e.dams Buemi produced a best lap of 1m02.319s in a thrilling super pole session to claim a second consecutive pole and deny Vergne top spot in his birthplace.

The six-thousandths margin was the smallest in FE qualifying history, as Techeetah narrowly missed out on what would've been its first pole.

"I am relieved, we worked very hard to improve our performance here at this track," said Buemi.

"I had a few mistakes in the last sector but we did a good job and I am super happy." 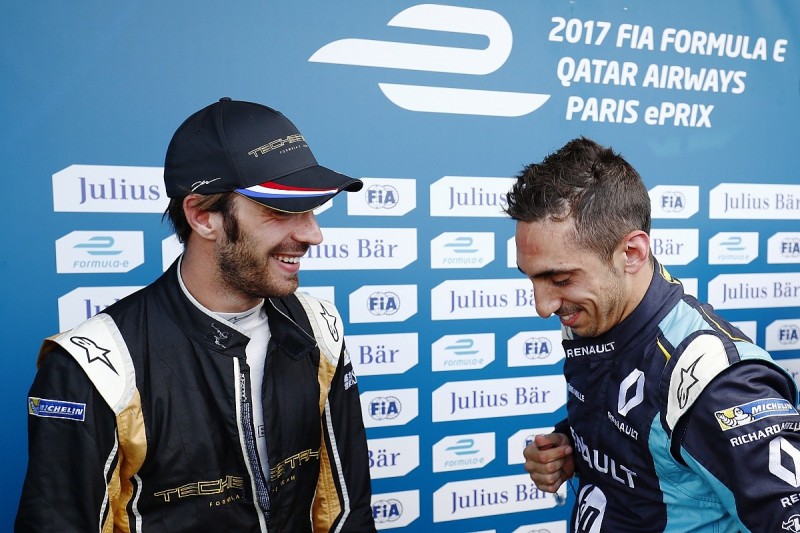 Jose Maria Lopez set the third best time for DS Virgin but was placed under investigation for accidentally using too much power on his outlap after changing the setting by mistake.

He has not been penalised although tweaking the setting back and forth has damaged the battery, which needs to be changed before the race.

Although Oliver Turvey continued his unbroken run of super pole appearances with NextEV in fourth, he will be shuffled down to a 14th starting position due to a penalty for changing a motor in one of his cars.

FE's most recent Formula 1 convert Esteban Gutierrez claimed his best qualifying result since he entered the series with fifth, but his super pole session went awry as he locked his Techeetah Renault's brakes into Turn 7 and disappeared down the escape road.

Di Grassi rued a lack of grip in the group stages and ended up classified 14th ahead of FE debutant Tom Dillmann.

Di Grassi was in the same group as title rival Buemi, who was a full half-second quicker than nearest rival Felix Rosenqvist in that part of qualifying.

Last year's Paris polesitter Sam Bird also had a disastrous qualifying session and was 1.4s away from the outright group session pace, leaving him 18th.

Stephane Sarrazin suffered a shutdown of his Venturi's powertrain in the group session and will start from the back of the grid.