The 2014/15 FE champion has scored just a single point so far in the current campaign and crashed out of last weekend's round at Sanya after qualifying last.

Piquet joined Jaguar ahead of the 2017/18 championship after racing for the Team China Racing/NEXT-EV squad in the first two seasons, winning the first FE title.

"I have enjoyed working with Panasonic Jaguar Racing over the past season and a half but results in season five have not met the collective expectations of myself and the team," said Piquet.

"I begin my Stock Car Brazil season in a week and a half and that will be my focus in 2019.

"I am still very passionate about Formula E having been involved since the start and winning the inaugural championship. 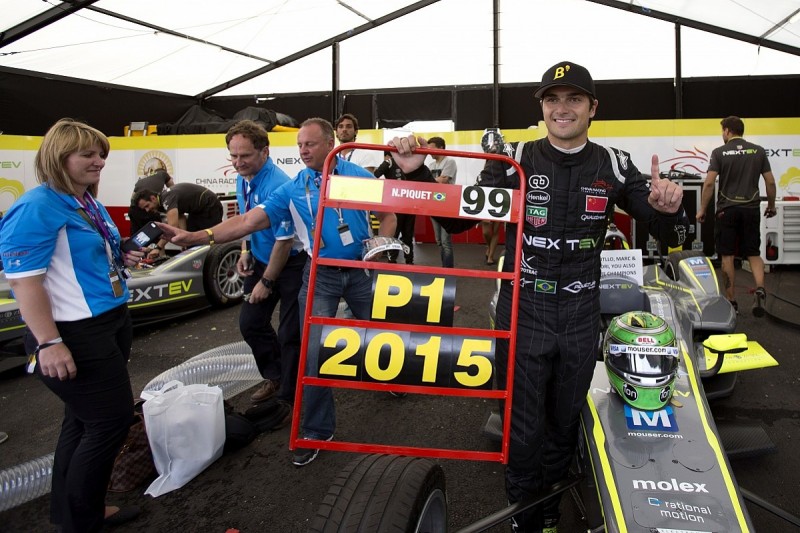 "I wish Jaguar Racing the very best for the rest of the season."

Jaguar team boss James Barclay said: "Following discussions after Sanya, Nelson and ourselves have reflected on the position of the team.

"Regrettably, it has been agreed that he will leave Panasonic Jaguar Racing and take up other opportunities he has been offered.

"We made a big step forward when Nelson joined us in season four, and he achieved some strong results for the team, but recent results have not met his or the team's expectations.

"We want to take this opportunity to thank Nelson for all the hard work he has put in since joining us ahead of season four; he has contributed a significant amount into the development of the car and we wish him well in his future endeavours."

Piquet's replacement Lynn, who finished 16th in the 2017/18 championship, said he was "really excited to get behind the wheel of the Jaguar I-TYPE 3 in Rome [the next round].

"I am focused on working with Mitch, the engineers and technicians to put in a strong performance from now until the end of the season."

At the last race at Sanya, Piquet had said that he was "not worried about" his future with the team.

"Honestly I mean it's not something I think about much if I stay on," he continued to Autosport.

"We haven't talked about it yet. There are bigger problems on their plates at the moment [than] about choosing drivers.

"I think, obviously, [it] doesn't matter what drivers they have, if the car is not competing at the level to win races.

"You need to get a car that is performing well and have a complete package to get things to go well.

"Last year the first six races went amazing. Obviously [we] had several issues from that point onwards but that was not more car related but more seatbelts and other kind of stuff, which is not really car performance.

"And this year we just dropped back I would say compared to everybody else."