Rome was an amazing event, probably one of the best we've had - the track was amazing, the city's amazing, the fans too - everything was great

It's a shame we couldn't have a positive result for Jaguar, but the team is doing a great job and we just need to keep building even after a bad result. I know it's hard but that's the way it is, good days or bad days you have to keep positive.

It was a good start to the weekend, but for qualifying we changed something. We were treating the tyres one way in practice and then tried to do something different in practice but it didn't work. Plus I got a bit too aggressive in qualifying and it just didn't work out for us.

I was confident in the race. I thought we would have the general pace we have in every race and usually we are a bit more energy efficient and we can move up. But it didn't seem to happen this race. Unfortunately when I came out from the pitstop we had a seatbelt issue and I had to stop in the pitlane and try to put them back on and that took a while.

Mitch had a great race, and we can learn from what happened to him at the end. There are a few things we can optimise in the car - software/set-up - but that's normal, there's always room for improvement: the sky's the limit.

The Season 5 car test went well so I'm really happy about that and proud of the team. Obviously there's still a long road ahead with lots of things to develop on the car, but the first few days were good. 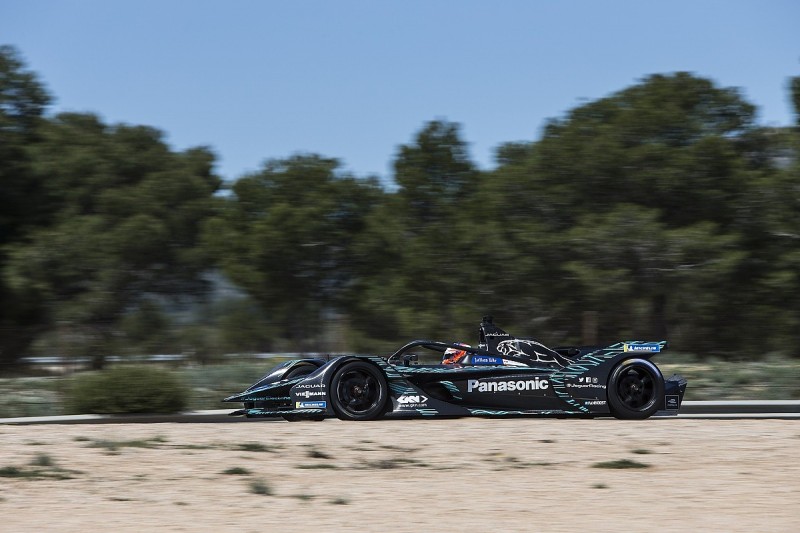 t's not that much different to drive, but I think because of the brake by wire, it's going to take less off the driver and more off the software and the team, so that will take away a little bit of the driver mistakes but a team that has its software developed is going to have a bit of an advantage.

That can be taken either way as a good or bad thing. But that technology is being developed for road cars and I think that it's important for it to be developed in this series too. The battery performance was good - it's a bit bigger, a bit heavier - but it has to last much longer and overall I think it's very positive.

New FE car 'between a prototype and single-seater' - Jaguar's Evans