Berlin E-Prix winner Edoardo Mortara says he and his Venturi Formula E team overcame "a long and stressful" race, making the most of good pace to execute its strategy "perfectly".

Mortara converted his first ever Formula E pole to effectively lead the entirety of the race, save for when he dropped back during his attack mode activations.

The Swiss driver elected to trigger his attack mode activations later than his rivals, waiting until lap 20 to employ his first activation as other drivers were busy taking their second.

He then waited until Andre Lotterer and Stoffel Vandoorne behind him were well into their final activations before taking his own last dose of attack mode, reclaiming the lead after passing both drivers.

Mortara then had to hold off a late assault from Jean-Eric Vergne at Turn 6 on lap 38, which he anticipated perfectly to ensure Vergne lost ground and dropped back.

"The race was very long and very stressful," Mortara recounted. "I was constantly under attack and under pressure from the guys behind.

"I was leading the pack for most of the race and we know that in Formula E that this is far from ideal because you're basically spending more energy, you cannot really put some energy aside in order to fight with the others.

"Basically it meant we had to have a mistake-free race. And we executed perfectly the plan today and we're very happy to [win]." 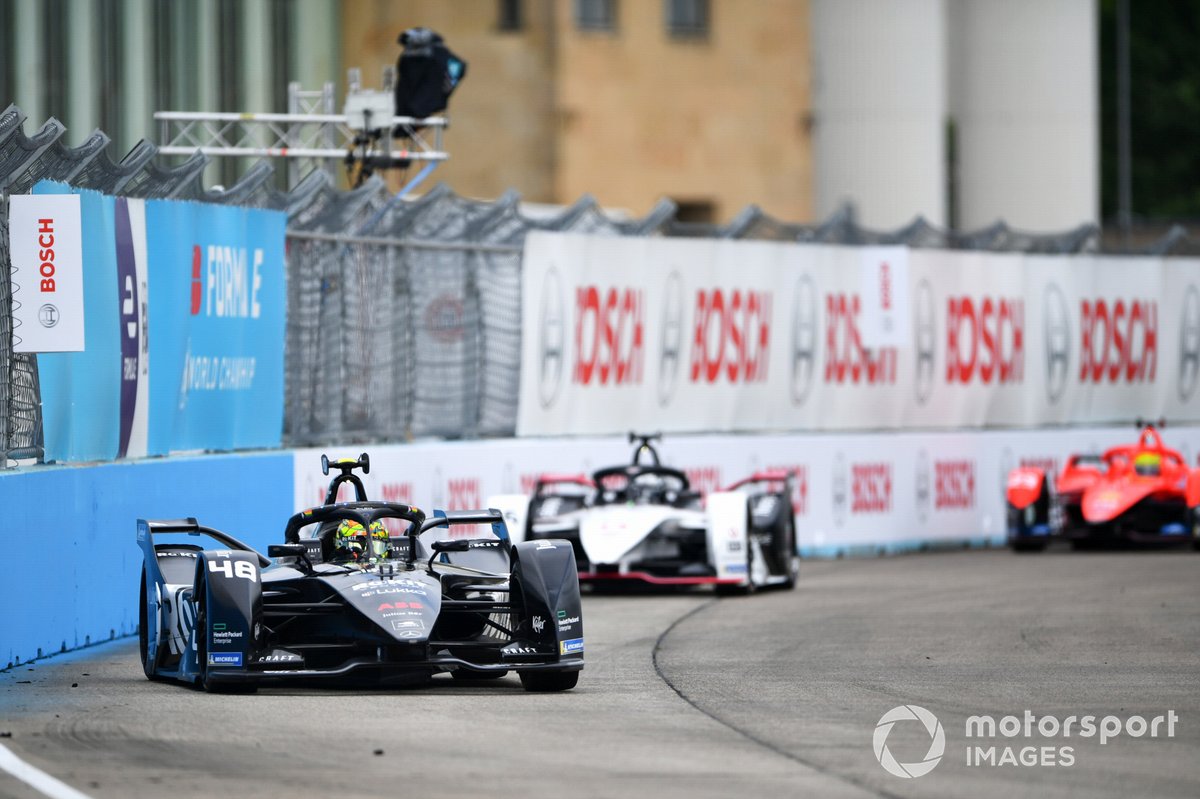 Mortara said that, heading into the race, Venturi's form gave him confidence that he could work his way through the field - but explained that he wanted to avoid the misfortune he suffered in Rome and Monaco by qualifying well.

In his attempts to get through the pack, Mortara hit the wall in Rome's second race - and then in Monaco encountered team-mate Lucas di Grassi which left the Geneva native with a puncture.

"We have a very competitive car in the race, and usually in already in the past six races is that normally - even if we are starting from the back - we were able to actually pass and people finish in the points," he said.

"We just had a few issues in qualifying in the last like two three races and we knew that starting from the on the front we had a good chance to stay at the front.

Vergne recounted his own experience of his aborted move on Mortara, in which he attempted to collect the lead late on but ended up losing over a second to the leader.

"I tried to overtake Edo, but he has very good eyes!" Vergne laughed.

"He saw me coming so he cut me a little bit. I was committed, but I saw there was a little gap so I tried to go for it - but the angle was too tight.

"I felt I locked a bit the wheel before the long straight and I was actually thinking I might lose a position to Stoffel. So considering that, second is okay."