Formula E title challenger Felix Rosenqvist plans to "forget" the Mexico City ePrix after a technical problem dropped him out of the race, which he had led comfortably from pole

Rosenqvist suddenly slowed going through the former Peraltada corner one third of the way into the race at the Autodromo Hermanos Rodriguez.

The Mahindra Racing driver lost the lead he had gained over the chasing pack that was headed by NIO's Oliver Turvey and included eventual race winner Daniel Abt, and later retired after restarting his car and then rejoining for an aborted spell in his second machine.

"It was just like someone switched it off," Rosenqvist told Autosport.

"It happened one more time and then we said 'fuck it, let's box'."

"But anyway, I can still travel home with a smile on my face because I think I did everything real good today." 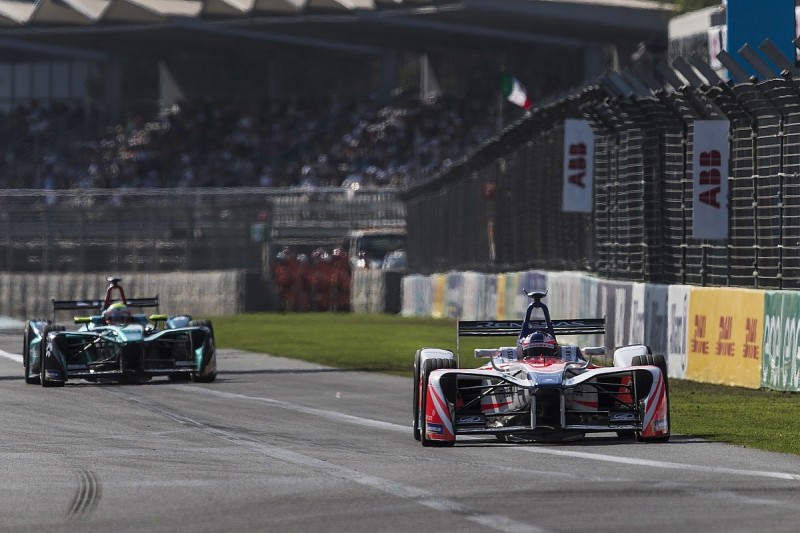 Despite failing to finish the race, Rosenqvist remains second in the drivers' standings and only dropped seven points to championship leader Jean-Eric Vergne.

The pair arrived in Mexico separated by just five points and Rosenqvist's three for pole means he is now 12 adrift of Vergne, who finished the race in fifth place for Techeetah, adding 10 points to his tally.

"I only lost seven points - so that's very good, a lot of luck in an unlucky situation," said Rosenqvist.

"I'm just going to forget and pretend that when we come to Punta [del Este, the next round] it's the same as we came here [with]."

"I'll take some positives out of it - we had a very fast car, we were leading the race comfortably," he told Autosport.

"Unfortunate, but we really can't do much on it, it's a common part.

"Until then, we had set the fastest lap, we were leading by three seconds [after] 15 laps - what more could we have asked for?"

In a further disappointment for the Mahindra team - one year on from both of its cars being eliminated in a crash with Renault e.dams driver Nico Prost at the Mexican venue - Nick Heidfeld also retired in the second half of the race.

The German driver's second car suffered a water pump failure on lap 27 of 47.