Jean-Eric Vergne drew first blood in the 2022-23 Formula E season after setting a 1m13.294s in opening practice of the year at the Mexico City E-Prix.

The DS Penske driver spent the session intermittently headlining the timing boards, and beat rookie Jake Hughes to the punch at the end of the session to claim the early bragging rights.

McLaren's Rene Rast set the first benchmark with a 1m19.069s, but that was quickly usurped by Vergne's first run - as the Frenchman took 0.3s out of the German's time.

But the times quickly began to tumble as the drivers got their eye in; Andre Lotterer spent a short spell on top before a flurry of runners shuffled the upper order - the tombola machine eventually landing on Pascal Wehrlein's 1m15.691s.

This preceded a brief full course yellow to allow Formula E's race directors to test out the systems, before Wehrlein was displaced by the DS Penske pair of Vergne and Stoffel Vandoorne.

Vergne's 1m15.217s was beaten by Mitch Evans, but the Kiwi's time was quickly overturned by the similarly Jaguar-powered Envision of Sebastien Buemi, who logged a 1m15.030s.

Evans punched in a 1m14.946s to move above Buemi, but Vergne claimed top spot again despite a slide through the Turn 10 chicane. 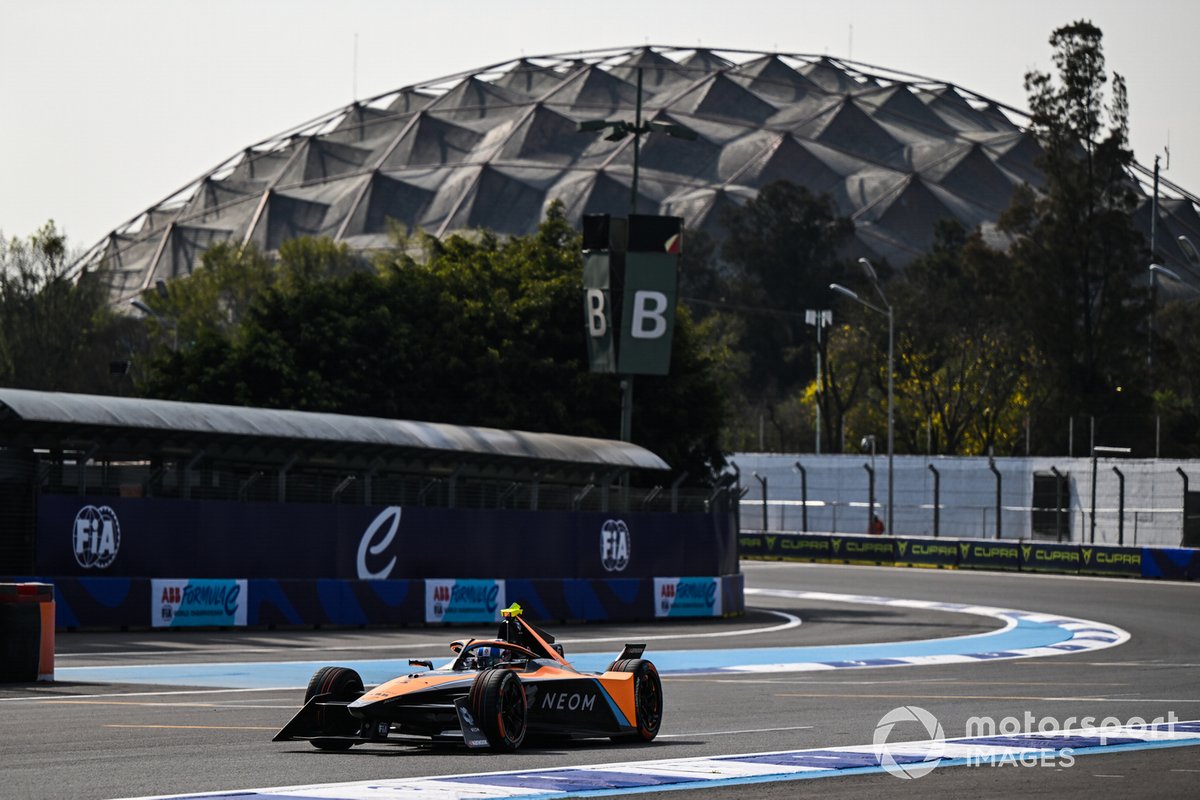 Wehrlein took advantage of Vergne's slide to go two tenths faster than the Parisian, sitting on top for a brief spell before the Porsche-powered Andretti of Jake Dennis displaced him.

Vergne's earlier slide had hinted at more pace in his DS Penske package, and he duly delivered by putting half a second over Dennis to lead proceedings after the first 15 minutes, as Dan Ticktum put his NIO 333 car between the two.

Although Vergne's headliner held on for five minutes, Evans returned to the top after breaking the 1m13s barrier - but was then overhauled by Hughes' 1m13.737s effort as the McLaren driver makes his long-awaited Formula E debut.

Hughes took 0.4s out of his own benchmark, but could not prevent Vergne from another return to the uppermost point of the timesheets with a 1m13.294s.

Rast then got too eager on the accelerator through the Peraltada and hit the wall, bending his left-rear suspension and prompting a hasty retreat to the pits.

Oliver Rowland had his own incident at the end of the session, hitting the inside wall at Turn 12 to bring out a yellow flag - which largely stopped anyone else from beating Vergne's time. 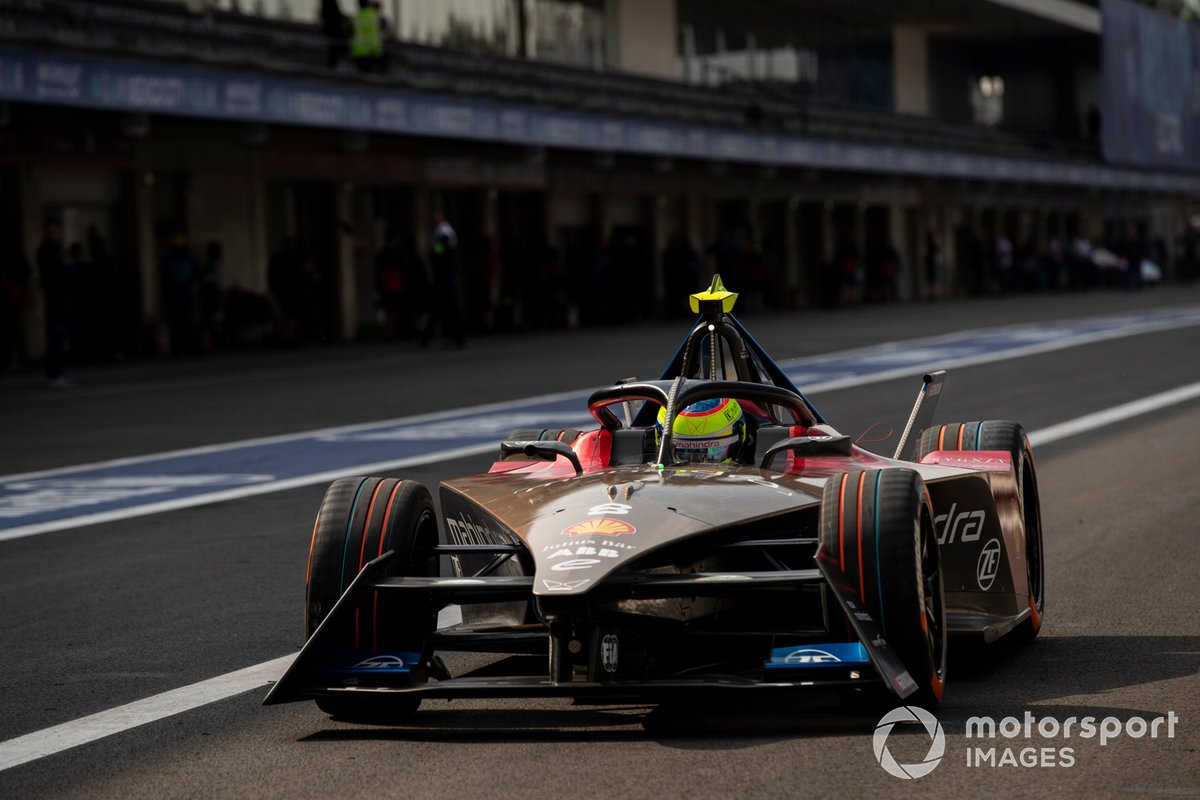 Reigning champion Vandoorne was fifth ahead of Maserati MSG's Edoardo Mortara, while Evans and Dennis were separated from the Swiss by just 0.06s.

Despite his crash, Rast's best time stood the test of time for 11th, 0.066s clear of Sam Bird.