The switch from a traditional braking system at the rear of the Gen3 car to an electronic system operated by the motor on the rear axle has forced a new avenue of development, with teething issues for a number of manufacturers.

New Envision recruit Sebastien Buemi endured a high-profile crash on the final day of testing at Valencia known to be connected to an issue with the braking system - while Jaguar's Sam Bird also hit the wall in private testing at Calafat.

Formula E has accelerated the development of an emergency braking system as a failsafe for future rounds, and will try to install a system in time for the Diriyah double-header.

Speaking about his team's system, Rossiter felt that the common Stellantis system used by Maserati MSG and DS Penske had been developed with ensuring safety under braking in mind, and that his own experience of driving the car had cemented his confidence under braking.

"From that side, I was the first one to drive the Gen3 car for Stellantis, and they've put out a very safe car," Rossiter told Autosport.

"I've worked together developing cars with Stellantis for five years, I'm super confident in the systems they put in place and that we have put a safe car out on the racetrack.

"Some others may have concerns but personally, I don't. I think that the preparation has been done properly. Everything has been looked into. And certainly we're putting a safe car out on the racetrack this weekend." 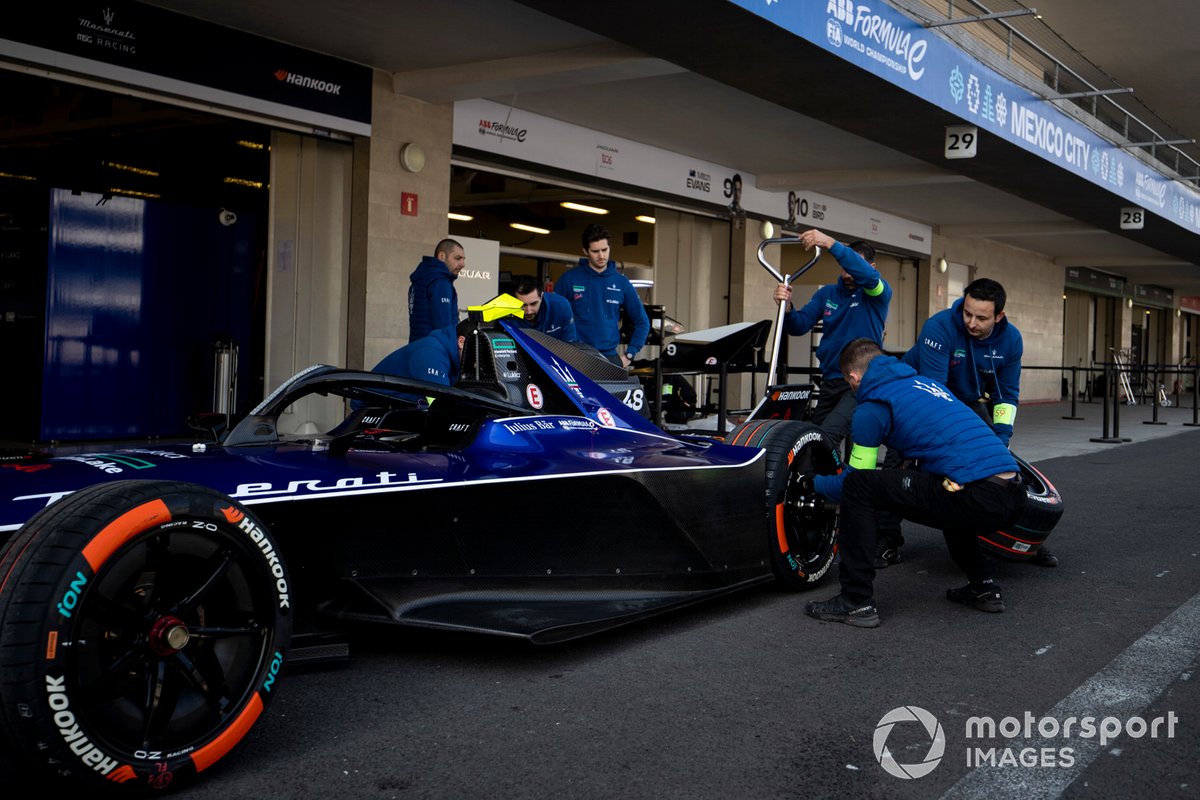 However, Rossiter did not quibble with the decision to introduce the emergency package, stating that it was sensible for Formula E to have some degree of redundancy in its systems.

"[The emergency brake is] a safety net for worst case scenarios. It's the same reason why we race with a halo. You don't have it there because it improves performance or something like that.

"In terms of the drive for safety, I think it can only be a positive thing to make the car safer."

Maserati MSG headed five of the seven timed sessions in testing at Valencia, through the efforts of new recruit Maximilian Guenther.

Asked if the team's performance puts a target on its back, Rossiter said that he was happy for that to be the case - but explained that Maserati MSG would only be focusing on its own fortunes.

"I'm always happy for everyone to be looking at us," said the Briton. "If we can be at the top of the times, it's great.

"With this new car, we've really only been focusing on ourselves. And I think that's what we and every team should be doing.

"At this point, the rate of development is going to be so fast. With this new car, you're going to have some weekends where some teams are at the front and the next weekend, they might get it wrong and they're not going to be the front.

"It's going to be about capitalising on those opportunities when we are super fast."