Mercedes has signed an option with the FIA that allows it to begin development for the upcoming Gen3 Formula E rules although it is yet to confirm its ongoing participation.

The manufacturer revealed in April it was seeking “clarification” over “important details regarding the structure of the series” and had delayed its registration for the new rules.

Team principal Ian James then told Autosport talks were ongoing with rights holder Formula E Operations before the board could commit for the 2022-23 to 2025-26 seasons.

This follows the FIA introducing a registration and homologation fee of €300,000 per season, which a manufacturer would need to pay for the remainder of the cycle should it quit early. 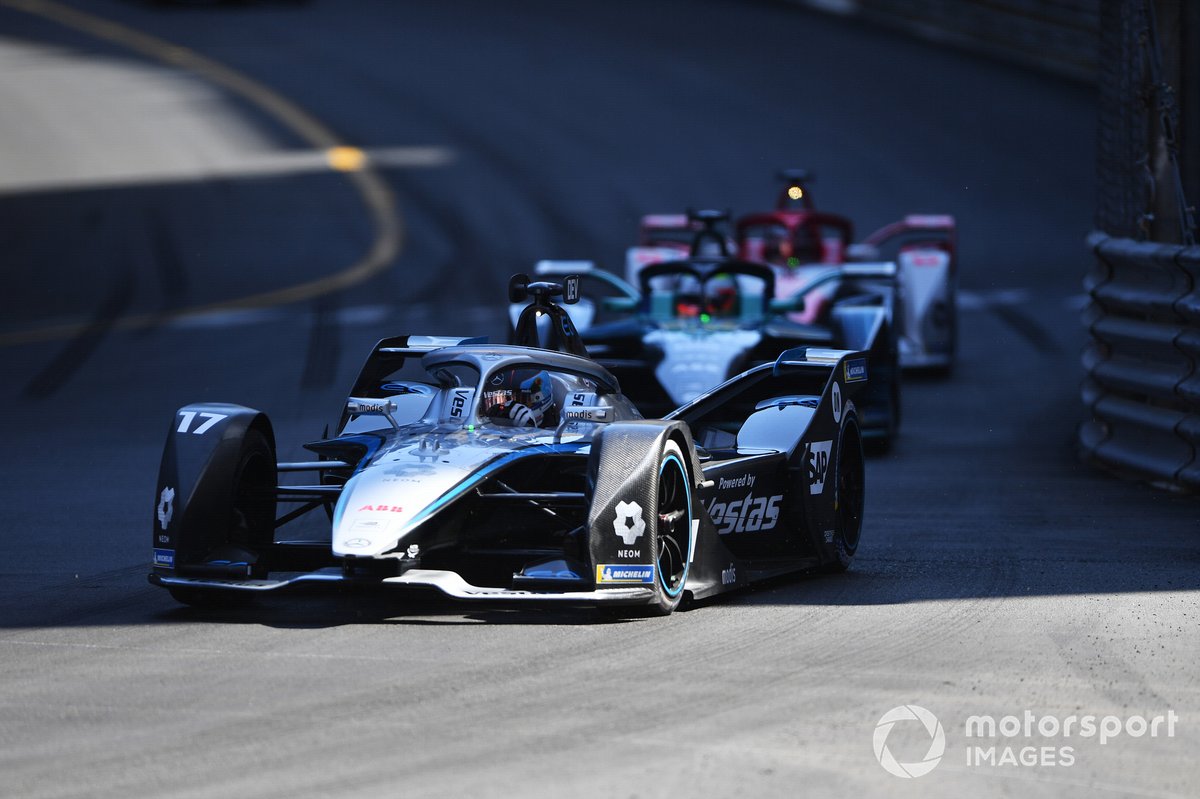 But Mercedes has now taken this option and registered as a manufacturer with the FIA, which will enable it to begin its development work.

A statement supplied to Autosport read: “We have signed our option as a manufacturer for Gen3 which means we can start important development work by taking part in the meetings between the FIA, the rights holder and the manufacturers.”

However, this is “not yet an official confirmation of entry” as the manufacturer will “continue to evaluate how Formula E can best contribute to the overall strategy of Mercedes-EQ and the wider Mercedes-Benz organisation”.

Mercedes went through a similar option scenario in October 2016 to gain an entry on the grid ahead of the 2019-20 season.

McLaren Racing also has an option deal on the Gen3 rules that will introduce 120kg lighter cars with a power boost up to 350kW - equivalent to 470bhp.

A soft 31 March deadline was originally in place for manufacturers to commit to the Gen3 regulations and gain access to this data, with Mahindra, DS Automobiles, Porsche, Nissan, NIO and Jaguar all signed up.

Meanwhile, Audi and BMW will exit the championship at the end of the season.

Autosport understands that a new team is in talks to join the series.

Speaking in April, James added that Mercedes delaying its commitment to Gen3 was unlikely to “put ourselves in a position to cause any real issues should it be decided to commit and stay.”

But he joked that team technical director Nick Chester, formerly of the Renault Formula 1 squad, would “probably love to kick me in the shins right now” for missing the first meeting of the Technical Working Group held on 6 April ahead of the Rome E-Prix.

Autosport understands that Spark Racing Technology is imminently set to start testing the new Hankook tyres fitted to a car equivalent in speed to the current Gen2 machines.

The body kit brief has also been sent out to three design houses to devise the look of the new cars, with a first mule car set to be ready by the autumn.