Mercedes Formula E team principal Ian James says his squad has “failed massively” in its aim to be consistent as it bids to hang onto a narrow championship lead.

Wins across the opening three venues - Diriyah, Rome and Valencia - gave the manufacturer a 23-point cushion at the top of the standings in only its second season as a works entry.

But a double retirement for drivers Nyck de Vries and Stoffel Vandoorne in Monaco, which James described as “painful”, was followed by a low-scoring return in Mexico last time out.

That has allowed defending teams champion DS Techeetah to close to three points shy of Mercedes while Jaguar Racing is only one point further adrift ahead of the final three rounds.

When asked how the team would find consistency, James said his squad had fallen well short of the mark in its bid to eliminate the operational errors that blighted its rookie year.

James said: “We've suffered more peaks and troughs than anybody in the championship this year.

“You go out there and aim for consistency. We've failed massively in that sense.

“The key thing is now to minimise errors.

“We've kind of got a mantra in the team at the moment, which is 'operational excellence'.

“It's really looking after the details and making sure that you take out as much of the noise as you possibly can do and focus on delivering that consistency.

“If we can do that over the next few races, then we'll have a great opportunity.

“But everybody else is doing exactly the same thing.” 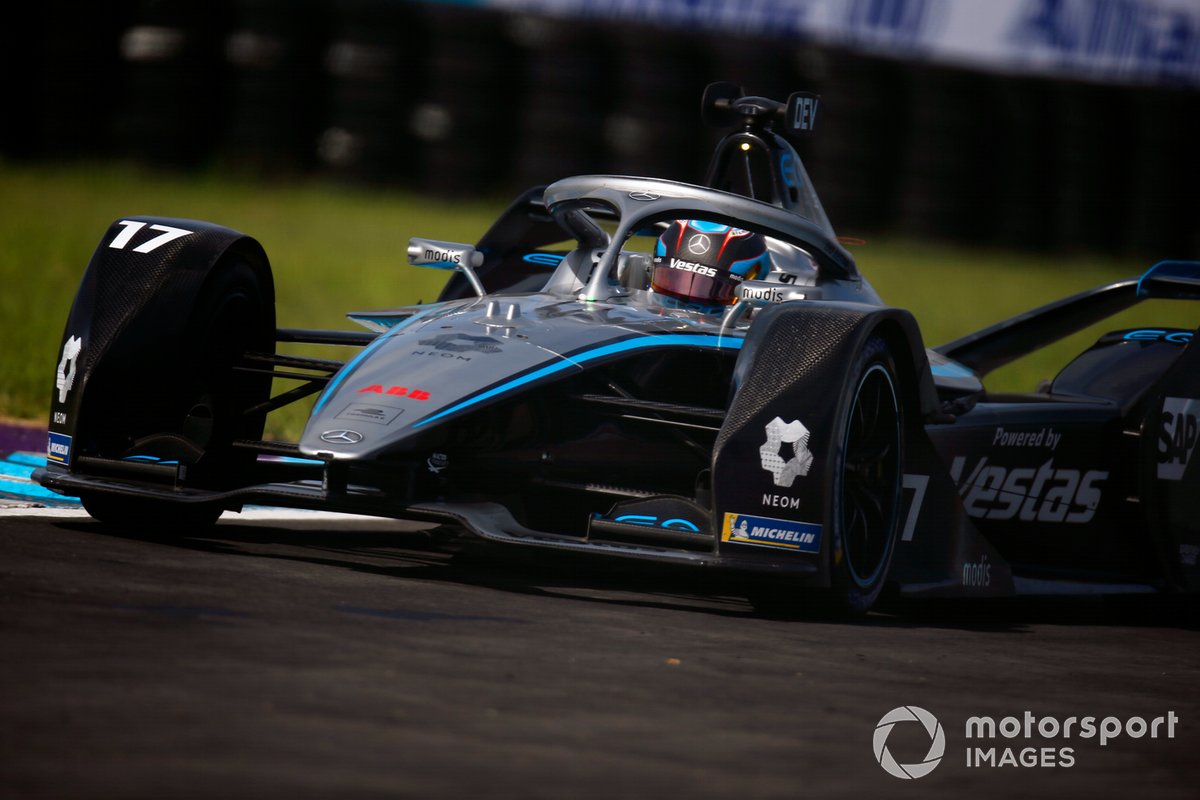 Notable incidents that have blunted Mercedes include Vandoorne losing his Valencia E-Prix pole when the tyre barcode was incorrectly recorded on the car’s technical passport.

De Vries also knocked his car out of full power mode during qualifying in Monaco although the team did bring a software update to Mexico to avoid a repeat occurrence.

Asked if Mercedes had taken any further measures to rediscover its form, James said: "Development as a whole is ongoing, certainly from a from a software perspective.

“If I look back at the events, Monaco, we reflected on and realised that there are things that we would have done differently. We've learned from that.

"Puebla, on the other hand, I remember talking to the team at the end of the weekend, saying that the operational excellence that I alluded to before, they were pretty much spot on.

“They actually executed things very well, it was just that there are other factors at play that put us in the position that we ended up in.

“We need to take comfort from the fact that overall, the package that we've got is strong.

"It's about making sure that again, we execute in the way that we need to."