Sebastien Buemi topped the Formula E free practice times ahead of the first New York City E-Prix, while Sam Bird sat out most of the running after a heavy shunt.

Nissan e.dams driver Buemi - whose car carries a new gearbox, motor and inverter in a bid to address a lack of pace this season - ran fastest in the second session with a 1m09.366s flying lap.

Buemi, the 2015-16 champion, was early to switch to the full power mode and set his benchmark but his time would remain unmatched for the remainder of the 30-minute run.

Venturi Racing’s Edoardo Mortara, who tops the championship by some 10 points after his Puebla victory and podium, ran to fourth ahead of his team-mate Norman Nato.

The two-time Formula E champion, who claimed both his titles at the Red Hook venue, span at the apex kerb of Turn 1 after only the first four minutes.

He then carried straight on at Turn 6 with 12 minutes to run following a minor lock up.

However, the opening 45-minute practice run was red flagged with a third of the session to run and never resumed after a sizeable shunt for Jaguar Racing charge Sam Bird.

The Briton had posted the best opening two sectors and looked on course for the fastest lap but he clipped the inside wall through the fast final left-hander of Turn 14. 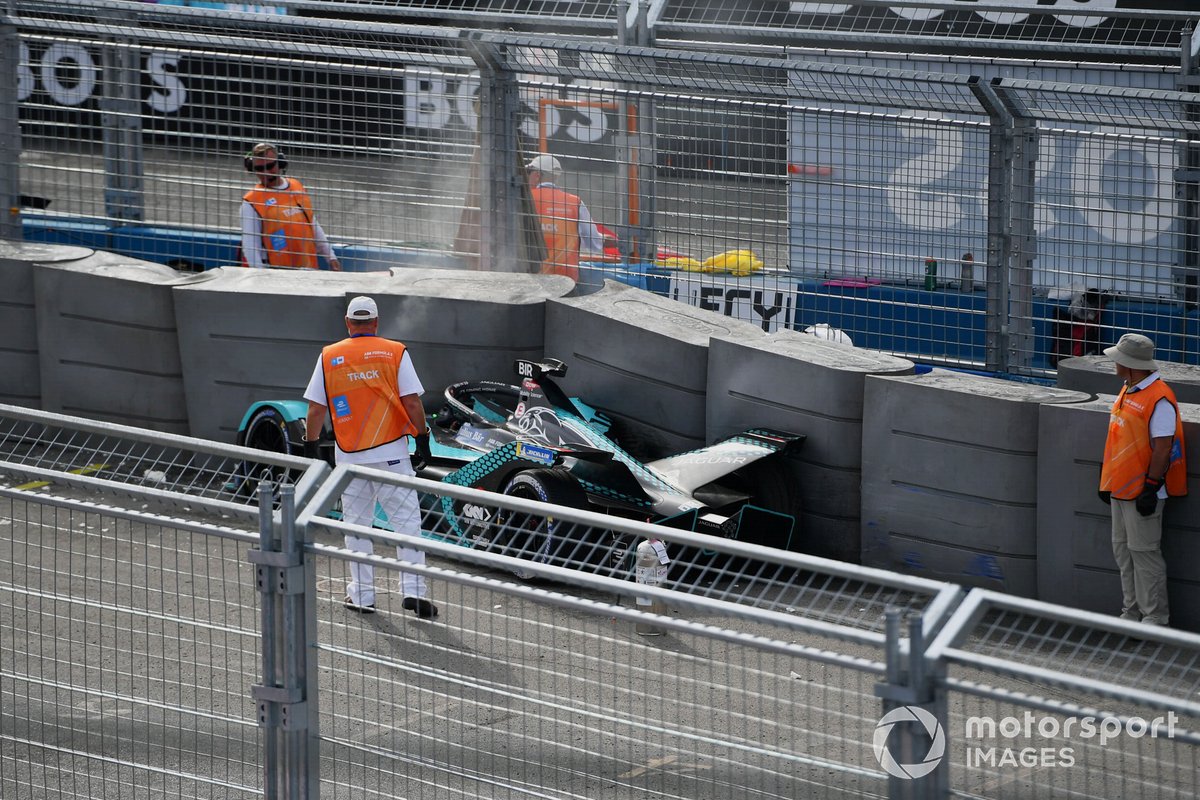 That impact sent him careering into the TecPro barrier lining the outside of the course, ripping the front-right assembly from his car and terminally damaging his chassis.

Despite FIA race director Scot Elkins attempting to carve more time from the day’s schedule, extensive damage to the barriers meant the session would not restart.

That rare error left Bird to sit out of free practice two as his team assembled the partially built-up spare tub, and he is expected to make it out in time for qualifying.

Second in the points, Robin Frijns ended the truncated morning session on top courtesy of his 1m10.282s effort, which put him 0.095s clear of NIO 333 driver Oliver Turvey and Guenther.

Lucas di Grassi ran to fourth ahead of Wehrlein as the top 11 were split by just 1.1 seconds.

The handling balance of the DS Techeetah machines had proved similarly troublesome earlier on, with reigning champion Antonio Felix da Costa spinning at the Turn 10 hairpin.

Di Grassi clipped this and ran deep into the corner while da Costa, the next car on the road, rotated fully.

Alex Lynn had caused an early yellow flag for stopping at Turn 1 but a full power cycle for the debut New York City polesitter meant he could rejoin the session.