Lotterer joined Porsche's LMP1 outfit for the 2017 season following Audi's exit from the World Endurance Championship but he spent just a single season racing with the team before it then left the category.

"It was a similar situation [to joining Porsche in FE] - [it was] an offer I couldn't refuse, to join Porsche to go to Le Mans in 2017 when Audi stopped their programme," Lotterer told Porsche's "Inside E" podcast.

"I also wanted to stay in the group, in the family, under the Volkswagen group. Unfortunately, we only had a year - so for me, it's a bit [of] unfinished business that I have.

"I was able to stay in the Porsche family, even though we didn't race much in the last two years. So, it's fantastic to be back in full motion.

"Even though [Le Mans 2017] didn't end the way I would have wished - it was a great experience to see how Porsche handles everything, the operations side, the whole engineering team. 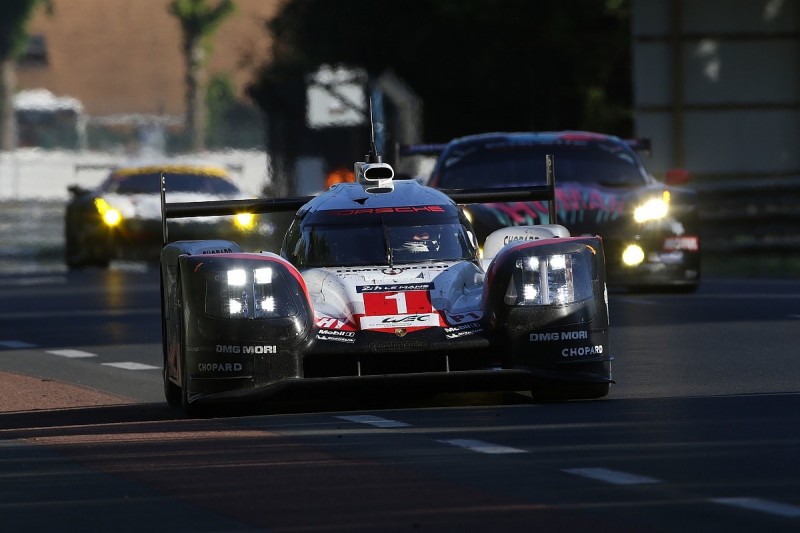 "Because before with Audi, I was racing against Porsche and there were many things where they were stronger.

"So it was really interesting once I joined the team to see 'ahh that's why they're stronger'.

"And this is also why I wanted to join the Formula E team because I really believe in the whole engineering team and the resources and everything that we'll need to be at the top."

Lotterer joins Porsche after racing with the DS Techeetah team for the last two FE seasons, helping the squad clinch the teams' title in the recently-concluded 2018/19 campaign.

It is understood that Porsche wanted an experienced FE driver to partner Neel Jani in its 2019/20 line-up.

Lotterer, who had remained a Porsche factory driver since 2017, was always thought to be in contention for the drive he eventually sealed despite having a Techeetah contract for next season.

The triple Le Mans winner feels his FE experience with Techeetah was "the best situation" for learning the category, which he can now take back to Porsche.

"There are so many completely different things that come to you in Formula E that you need to handle," he said.

"It was great to be in this team with Techeetah - they've been a double champion now in the drivers' championship, so I was definitely in good hands and learned a lot of good things.

"We just won the teams' championship now as well - so it was probably the best situation for me in terms of learning and now I'm here, so hopefully I can bring as much experience as possible to the team.

"I can't wait to see what they have already prepared and imagined how things will be in Formula E, and merge [that] with what I know - I'm really looking forward to that technical challenge."

How an ex-F1 star "erased" his past