Team China Racing driver Piquet encountered the wettest of the conditions as part of the third five-car mini-session and will start the race 10 places behind nearest challenger Sebastien Buemi and five places down on the only other driver who can win the championship, Lucas di Grassi.

The top times were set in the opening two sessions prior to Piquet's group taking to the track. 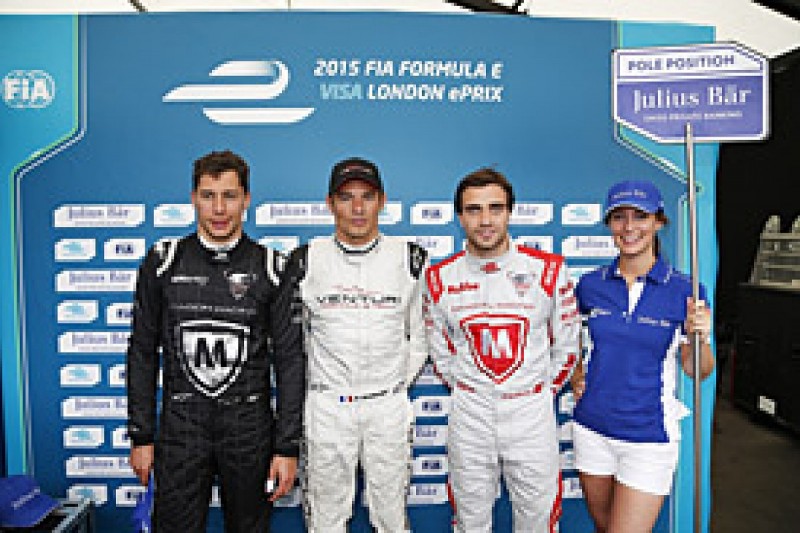 Sarrazin claimed pole in the opening session for Venturi with a 1m23.901s, which put him six hundredths up on Dragon Racing driver Jerome d'Ambrosio.

Loic Duval put in a 1m24.107s lap good enough for third in the second session, during which the rain intensified.

The worsening conditions meant that Piquet was a dozen seconds off the pace in the third mini-session and then further demoted when the rain eased for the fourth session.

Piquet leads the championship by five points from Buemi, with di Grassi a further 13 behind.