The Jaguar Formula E team will run four drivers in the first official 2016/17 pre-season test, as it continues to evaluate its line-up ahead of its series debut

The three-day test kicks off on Tuesday August 23, though it is not known which days each driver will run on - or if the final driver decision will be made before the second and final three-day test in September.

The team's official launch, including its driver announcement, is planned for Friday September 8, the day after pre-season testing concludes.

Jaguar is ending an 12-year absence from major international motorsport by entering FE, and Autosport revealed last month it was prepared to take as much time as possible to ensure it signed the right drivers for its competitive return.

It is believed that at least Carroll, who tested with Mahindra last summer and was linked to Team Aguri in the 2015/16 campaign, has already driven the car on the team's manufacturer test days.

Evans, a protege of ex-F1 driver-turned-World Endurance champion Mark Webber, has tested Porsche's LMP1 car and like Carroll was linked to an FE team in the previous campaign.

Williams F1 development driver Lynn has long been tipped as a Jaguar target because the marque has partnered with Williams Advanced Engineering to run its FE programme.

He recently ruled out a third GP2 campaign, although described a Williams F1 race seat as "100% my priority". 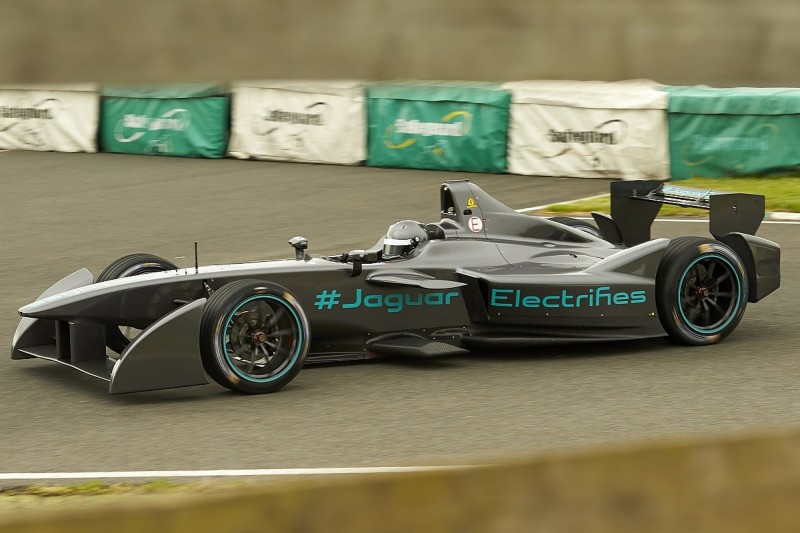 Tincknell is arguably the most left-field of the quartet, with his last full single-seater programme a race-winning European Formula 3 campaign in 2013.

Since then, the Briton has won the LMP2 class at the Le Mans 24 Hours - alongside FE driver Oliver Turvey in 2014 - and was a factory driver for Nissan's shortlived LMP1 project before joining Ford's return in the WEC.

Aside from Jaguar, the Mahindra and NextEV teams are also yet to confirm their 2016/17 driver line-ups.

Nick Heidfeld is expected to remain with Mahindra, while inaugural FE champion Nelson Piquet Jr and Turvey are likely to be retained by NextEV.