The Roborace series is set to launch in spring 2019 and its races will feature a combination of professional drivers "teaching" autonomous systems, according to CEO Lucas di Grassi

The Roborace concept, which recently became the first ever fully autonomous racecar to officially complete a hillclimb at the 2018 Goodwood Festival of Speed, is aimed at teams from OEMs, tech companies and universities.

The inaugural 'Season Alpha' is set to commence early next year, with di Grassi explaining that "everything is on schedule for our first event".

"The essence of the racing will be of humans and intelligent machines working together for the best racing outcome," di Grassi wrote in the new edition of Autosport Engineering magazine.

"Yes, there will be a human professional driver inside the car driving, 'teaching' the machine for part of the race.

"The rest will be taken over by the machine learning algorithms, or an 'AI driver'.

"The winner will be the best combination of both. You can think of it as two drivers sharing a car in an endurance race, but in this case one is the machine itself!"

Although Roborace's Robocar - designed by Daniel Simon, who is known for his work creating futuristic car concepts for films including Tron: Legacy and Captain America: The First Avenger - is an autonomous machine, its Devbot car has room for a human driver. 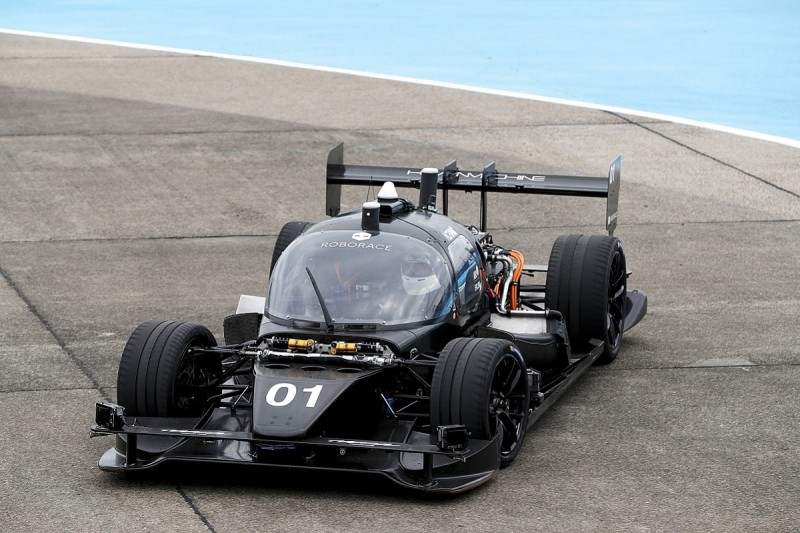 It is not yet clear how the cars will look for the first Roborace season, but di Grassi explained that each team entering the series will use a "base of identical hardware".

This includes an LMP-based rear-wheel drive car design that is controlled by two independent motors, and is set to weigh approximately 1000kg and produce 400bhp.

"But we do want the teams have some form of differentiation and so the investment they make will be on the software," di Grassi continued.

"A very important topic is that teams can keep their own intellectual property as they develop it.

"Roborace will be open source, but only on the domains relevant to keep reasonable cost control and updated technologies."

The September issue of Autosport Engineering - available free with this week's Autosport magazine - features an in-depth look at Porsche's failed Indycar programme, goes behind the scenes with BTCC team Power Maxed Racing and explains the secrets of suspension design