Greenland is first region revealed on Extreme E calendar for 2021

The confirmation of Greeland's place on the first XE calendar was announced following a recent reconnaissance run to Kangerlussuaq, West Greenland by series organisers - including founder Alejandro Agag.

It is not yet clear when on the first XE calendar the Greenland event will be staged, with other events set to take place at locations in the Himalayas, the Sahara desert, the Amazon rainforest and islands in the Indian Ocean.

Agag said: "I am incredibly excited to be bringing Extreme E's unique electric racing format to the front line of the global climate emergency here in Greenland.

"I promised Extreme E would break the mould in motorsport and this really proves I meant it.

"As well as being a serious motor racing series, Extreme E has a strong sporting purpose to promote the adoption of electric mobility in the fight to lower global emission levels, an issue we can no longer ignore, especially here in Greenland.

"Together with Greenland's government, backed by climate experts from Cambridge University, we will create a sensational sporting competition with the most incredible natural backdrop, which, crucially, will double as a catalyst for positive awareness, education, and scientific research, aiming to leave only positive impact behind when we depart." 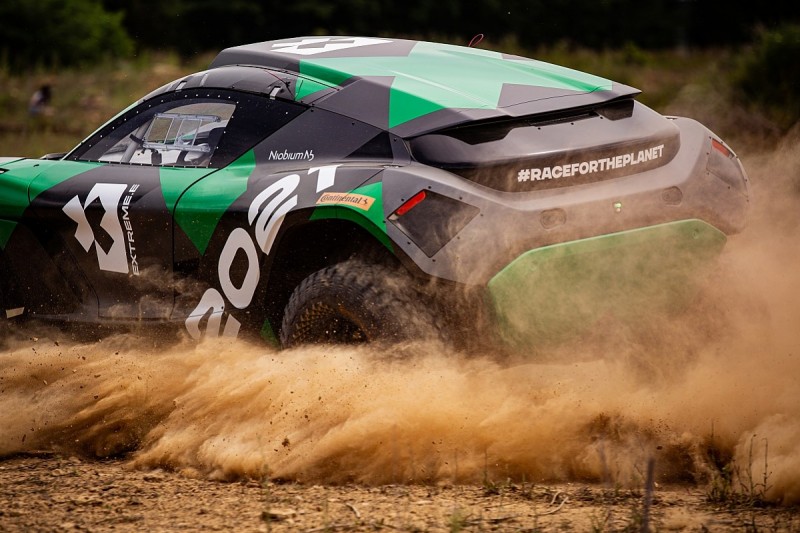 Jess Svane, Greenland's minister for industry, energy and research, added: "I am very happy that Extreme E will take place in Greenland in 2021.

"This shows that Greenland is not only a beautiful travel destination sought out by lovers of nature, adventure seekers and wildlife explores, it is also a place with a bright future in business development.

"We are also very pleased with Extreme E's vision to highlight climate change.

"This correlates perfect with our own green agenda.

"Greenland is a green country and today around 70% of all public energy supply is from renewable energy resources and we are firmly committed to increase this further in the years to come."

An XE statement announcing the Greenland news also explained that "Race organisers will ensure that thorough environmental, social and governance assessments are carried out in each location with a local third party to safeguard environmental protection, social inclusivity and fair political practices".

XE organisers are currently scouting additional locations for the first season and are "in the early stages of development for plans to track and monitor teams' emission levels in each location, with sporting and financial incentives being considered for those which achieve the lowest overall outputs", according to the XE statement.

Three teams have already signed up to the series, with Venturi, ABT Sportsline and HWA. The car - the ODYSSEY 21 - broke cover at Goodwood in July and features a battery from Williams Advanced Engineering, and has been built by Spark Racing Technology.