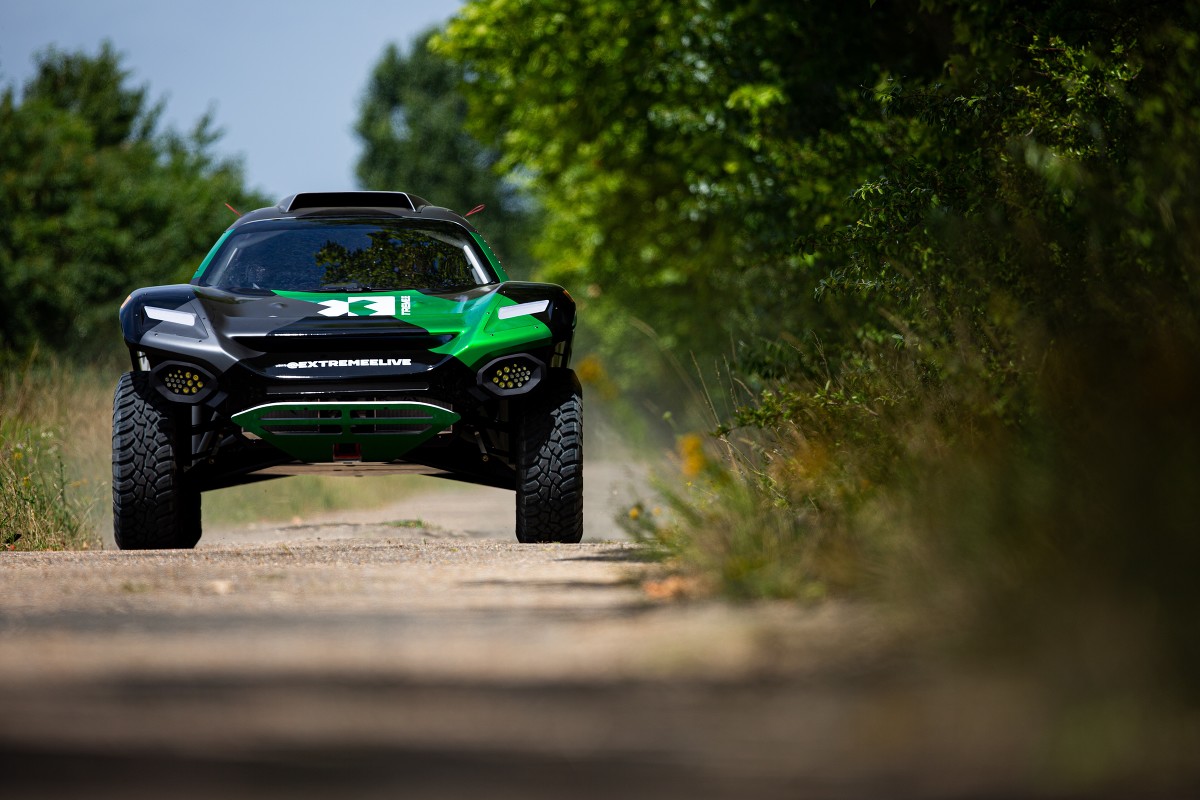 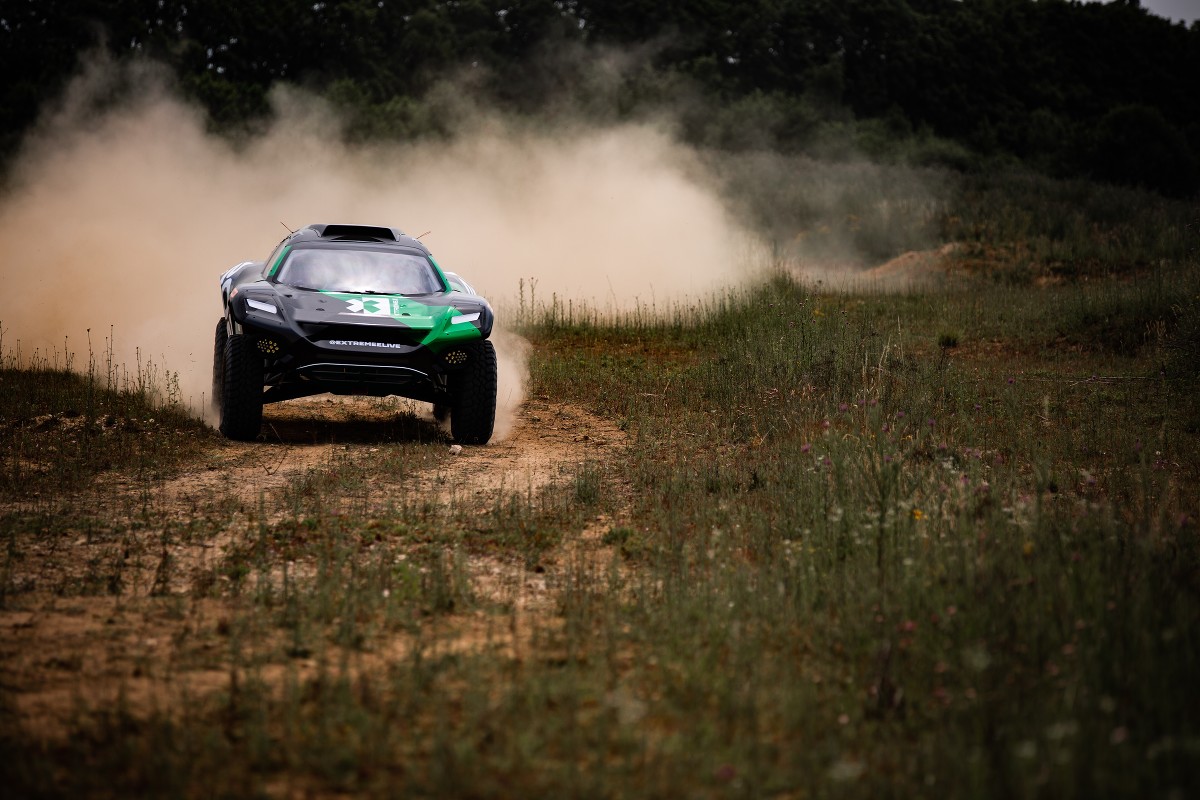 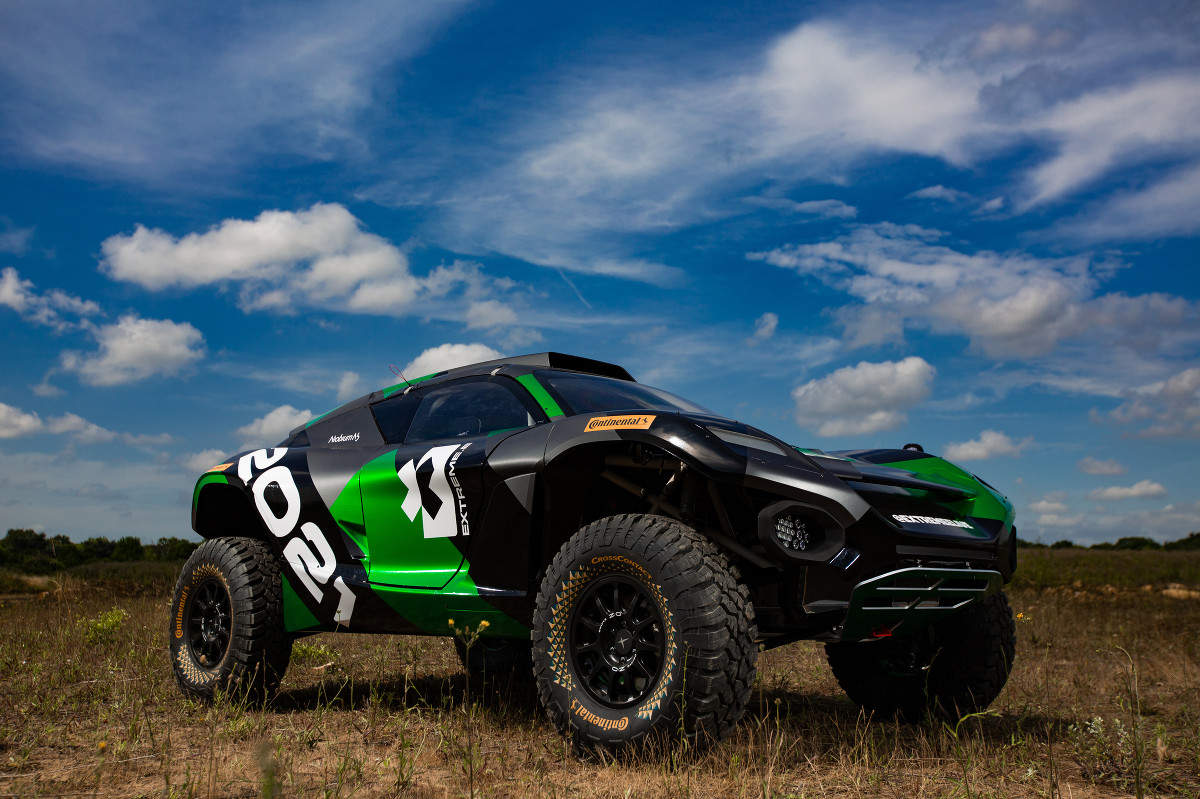 The Extreme E ODYSSEY 21 will be supplied to all teams, with some development scope for teams 3 / 6
Image 3 of 6 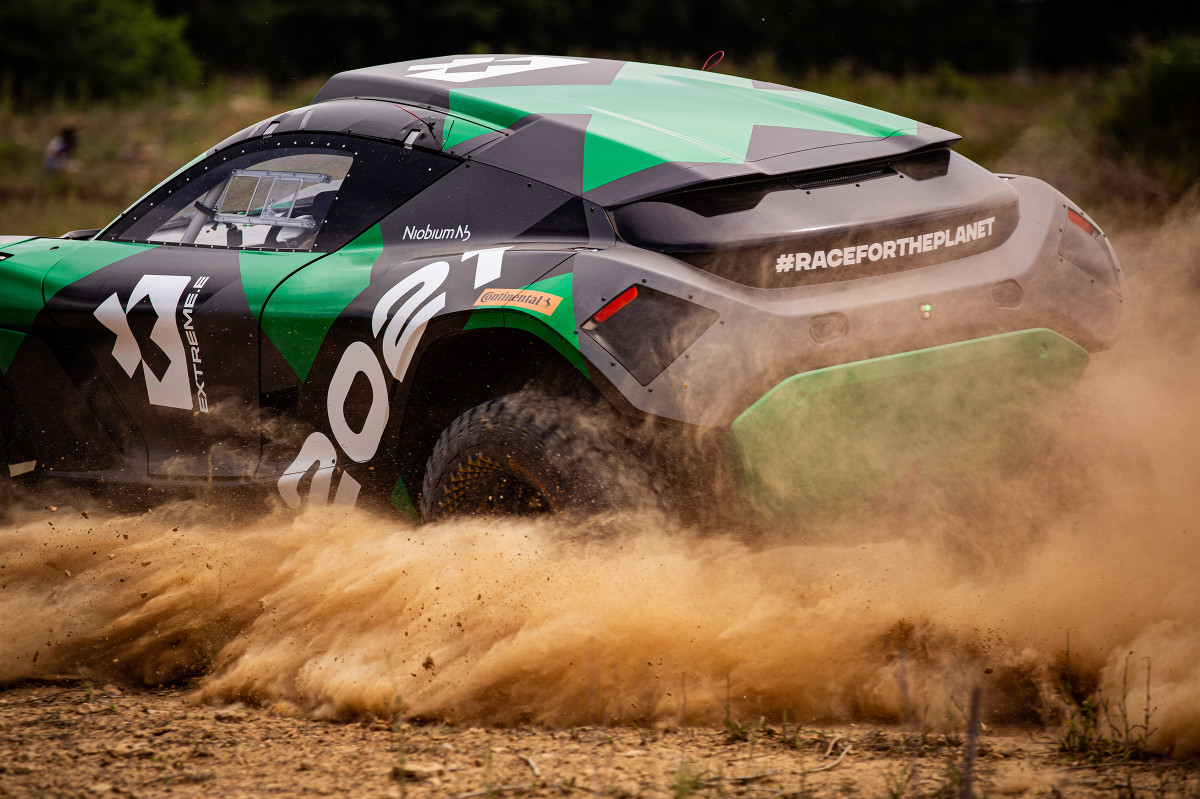 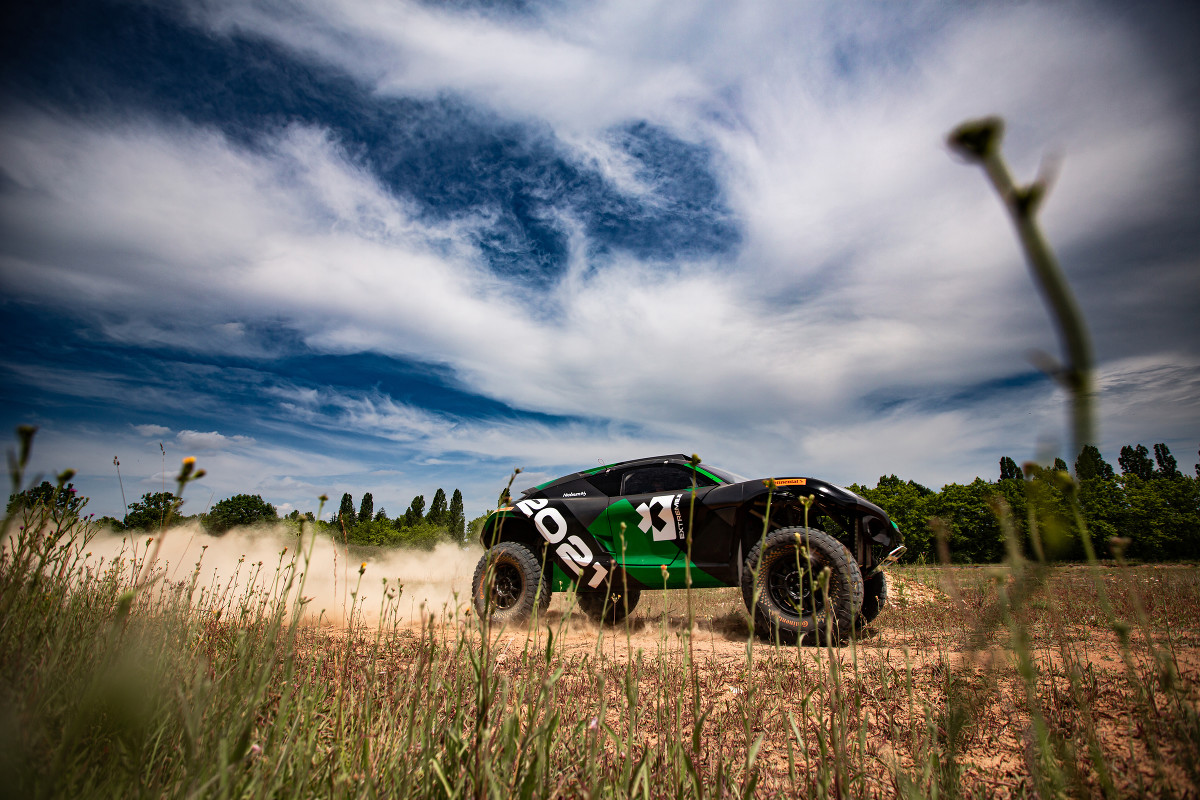 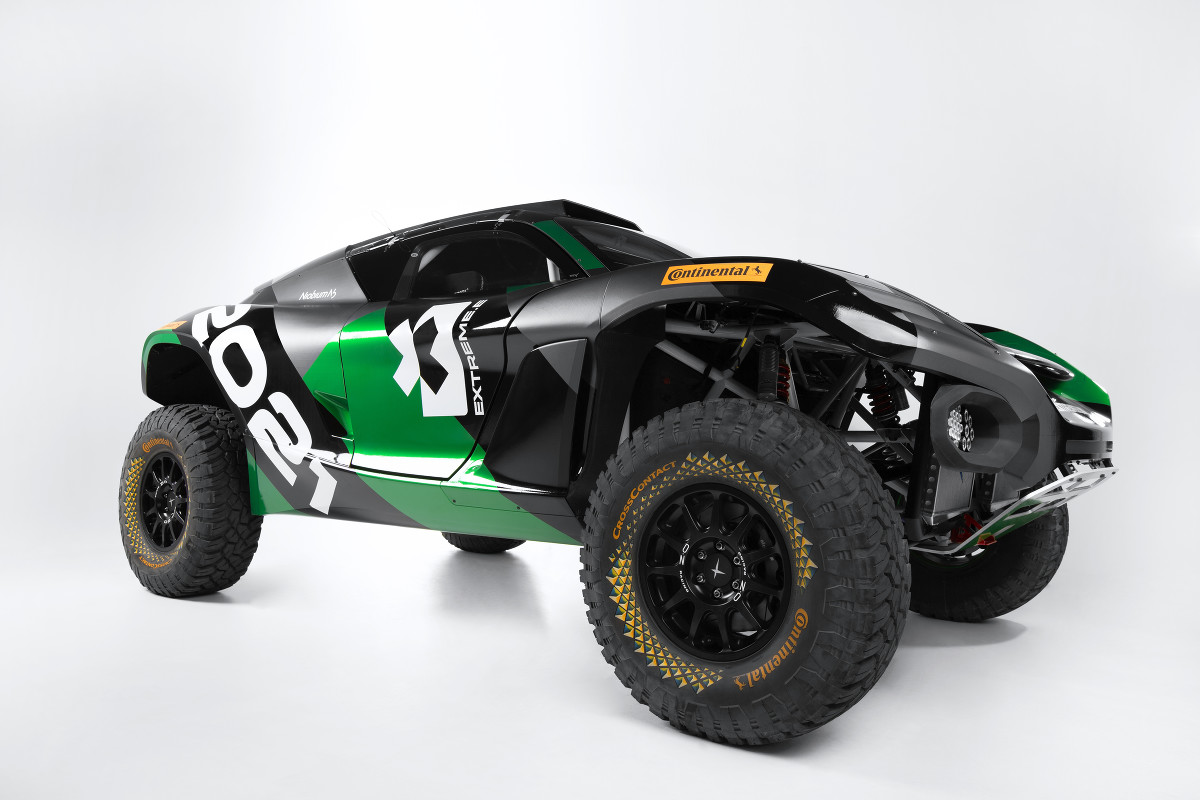 The base-prototype Extreme E electric off-road SUV has been launched at the Goodwood Festival of Speed by series founder Alejandro Agag and chairman Gil de Ferran.

The ODYSSEY 21 has been built by Spark Racing Technology and features a battery supplied by Williams Advanced Engineering.

XE, which will be operated by ABB FIA Formula E, is hoping to attract major manufacturers and it will hold events in areas of the world that have been damaged by climate change.

Competing manufacturers will be able to tweak the look of the ODYSSEY 21 by changing bodywork areas including the engine cover, front and rear bumpers, side skirt, and lights to resemble their road-going SUV models.

Manufacturers will also be able to develop certain areas of the car's powertrain, although non-works squads can compete using the base package.

XE states it will accelerate from 0-62mph in 4.5 seconds, even at gradients of up to 130%, and Spark technical director Theophile Gouzin said its performance level will surpass "the power and torque of World Rally Championship and rally raid cars".

"Straight out-of-the-box in season one, the ODYSSEY 21 and its performance is going to be very impressive, exceeding the power and torque of World Rally Championship and rally raid cars," Gouzin said in an XE statement. "The numbers are mind-blowing, really.

"We've innovated in several areas, for example; the wheels are some 940mm. Wheels that size have never been utilised in anything other than two-wheel drive racing cars before.

"Using them means we get the benefits of increased traction and traversal ability along with huge suspension travel.

"Usually, it's either one or the other - smaller wheels, larger travel, or large wheels, smaller travel. We've gone for both with the ODYSSEY 21.

"The torque and power density from the powertrain is also a breakthrough.

The first XE season is set to get underway in January 2021, with the championship taking in events in the Arctic, the Himalayas, the Sahara desert, the Amazon rainforest and an island in the Indian Ocean.

Testing of the ODYSSEY 21 will begin in September and the 12 cars that will enter the first season will be delivered by Spark in March 2020, with group testing following later next year.

"The Extreme E-SUV ODYSSEY 21 is unlike anything else in motorsport," said Agag. "The cutting-edge technology our industry-leading partners have employed in its design and construction has resulted in a stunning car, capable of the highest performance in the toughest and most varied environments on the planet."

XE has also announced its first broadcast partner for its live events, which will differ from the documentary series the championship is producing around the action in order to highlight the environmental issues in the areas it is set to race.