The Envision Virgin Racing driver called out McLaren Applied for its decision to change the battery onboard his Audi-powered car after he crashed heavily in second practice.

That meant the Dutch racer missed qualifying for race one completely before progressing from last to 17th place, although that was boosted by retirements for Max Guenther, Sam Bird and Alex Lynn.

But Frijns was much improved on Saturday in Saudi Arabia, beating race-one victor Nyck de Vries to top final free practice by 0.146s.

Frijns then bolted through his group three run to lead the order by some 0.557s and then found a similar 0.523s margin over Dragon Penske Autosport driver Sergio Sette Camara on the final run in superpole to top FE qualifying for the first time.

Frijns credited the marked improvement for a late-night video call held with team members back at the Silverstone base for the revival.

"Yesterday wasn't the best of days," he said. 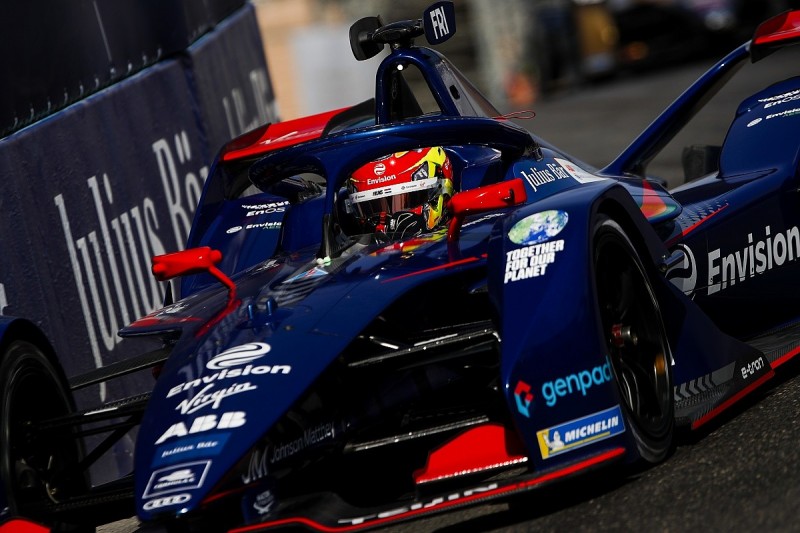 "We worked until very late yesterday night to improve the car and we did a huge step forward. We didn't expect to be up front like this.

One of the team members not to have travelled to Saudi Arabia, thanks to a reduction in team personnel passes, was technical director Chris Gorne.

Frijns added that the Envision Virgin Racing mechanics had pulled an "all-nighter" to reverse engineer the car to how it ran at the unrepresentative Circuit Ricardo Tormo in pre-season testing.

He said: "We had a Zoom-slash-debrief call for two hours together with the team at home in Silverstone to discuss because we needed to change something.

"We couldn't have another day like we had yesterday.

"It was a drastic change we did.

"It could go really wrong as well, but we needed to do something, and I was really pushing that.

"We went completely in the other direction, which we know from Valencia.

"Everything is a little bit different on street tracks and that's what we need to consider."

"It is a lot of fun, very tricky, we basically have one race line and if you basically put one wheel next to it, that's it, you go off. You made a mistake and there's no room for any mistakes here so you will probably end up in the wall".