Having lost the fight against Vandoorne for pole in the qualifying final duel, Frijns immediately set about putting the Mercedes driver under pressure and cleared the Belgian into Turn 4 on the seventh lap of the race - kicking off a race-long battle between the pair.

The Dutchman built enough of a lead to keep hold of first once he'd taken his initial dose of attack mode, following it up with another activation on lap 12 - and although he lost out to Vandoorne the second time around, the Envision driver employed his power boost to repass on the following lap.

Frijns conceded that when race winner Mitch Evans caught up to the pair of them, the Jaguar driver "dropped us dead" and left he and Vandoorne to continue their battle over second with Vergne - with Sam Bird and Edoardo Mortara also getting involved in the fight.

"First of all, I had a really good start and I was thinking about I have to go on Stoff in Turn 4, but he closed the door," Frijns explained.

"But since then, I was behind and tried to save a bit of energy. Obviously, when the first guy starts attack mode, the racing basically starts. I think Antonio [Felix da Costa] started using attack mode, so that was a bit of a strategy game going on.

"I think definitely the right call for us to use the two attack modes and get them done halfway through the race. I really felt strong in the car and compared to the guys around me, I felt like I had maybe a little edge on them.

"But then Mitch came and overtook us all and like basically dropped us dead and moved on.

"So then I continued with this battle we had with JEV; I think Sam was involved, Edo was involved, so that was good fun. All fair, hard battles. 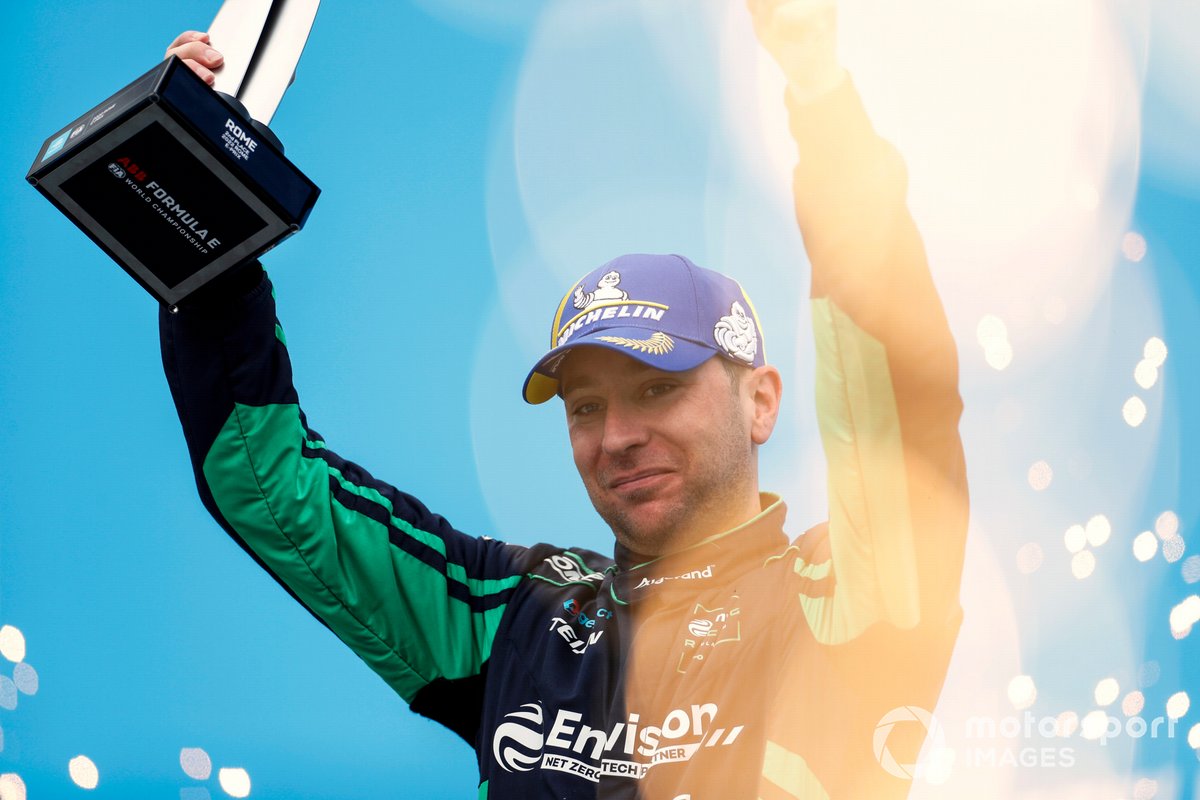 Vergne explained that he decided to take less risk in the battle with Frijns and Vandoorne to conserve energy, having been uncertain if Evans would take the race to a 28th lap.

The two-time Formula E champion felt that he would rather take his chances and secure fourth rather than "take the gamble" that Frijns elected to go with - which eventually paid off after Evans backed off on the penultimate tour.

"[I would] take more risk like Robin did by accelerating and taking the gamble that there will be one less lap, but I didn't know that," Vergne reflected when asked if he could have managed a second successive visit to the podium.

"I preferred to secure the points of the fourth place rather than gambling it, and risking to lose it all."