The Dragon Racing, Renault e.dams, Jaguar and Venturi teams were found to have breached article 27.1 of the championship's sporting regulations, which forbids the teams from using "electromagnetic radiation between 5 and 6 GHz".

This relates to the frequencies used by the teams when they set up their private internet channels in the garages. In the illegal 5-6 GHz band a 5 GHz frequency is the most potent that is usable, because the other option - 5.9 GHz - is reserved for 'intelligent transportation systems' such as traffic management and roadside assistance.

The FIA says use of the prohibited range risks clashing with its own network used to monitor data from teams, so the governing body does not allow that frequency range to be used without its written consent.

As a result, the four teams were given a €5000 fine, with €3500 suspended until the end of the 2017-18 season provided they do not breach the regulation a second time. 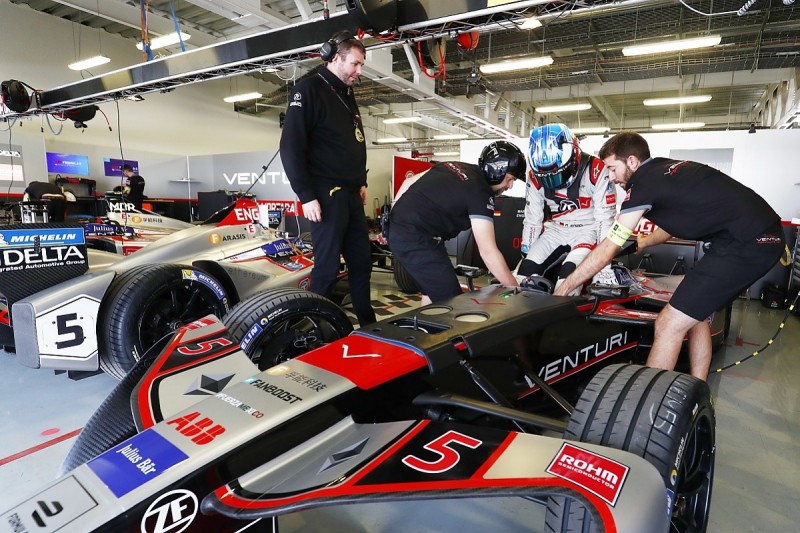 The Andretti team was also investigated for the same offence, but the stewards took no further action as the squad presented a letter from the FIA that had been written in 2016.

Autosport understands this relates to Andretti being granted permission to use the frequency as it was the only viable option at the time, and this permission is still valid.

It is the first such penalty imposed in FE, and the stewards' decision threatened more serious action if the infringement is repeated.

"It is forbidden to use an electromagnetic radiation between 5 and 6 GHz because it can disturb the data system of FIA," read the stewards report.

"In case of continuing this usage the stewards may impose a more severe penalty up to a disqualification."