Cassidy is one of the three FE debutantes who will line up on the grid for next week's Diriyah E-Prix season opener, along with new BMW recruit Jake Dennis and Felipe Massa's replacement at Venturi, Norman Nato.

A frontrunner in the now-defunct European F3 series, the 26-year-old Kiwi has built a name for himself in Japan, winning a title each in Super Formula and SUPER GT as a factory Toyota driver.

Cassidy told Autosport that while his strong past showings on street tracks - including finishing third in the 2014 Macau GP - means the venues FE visits won't be "something I should be worried about", acclimatising to an energy management-focused series like FE won't be "easy going".

"I haven't been thinking about the results too much," he says.

"The series has a huge set of new challenges for me, so I'm going through the processes of taking as much information as I can.

"I'll try to be as ready as we can with the limited preparation there's been and do the best job I can. That's more the mindset. I'm prepared for the unexpected and I know that there will be tough times for sure.

"I'm certainly not expecting it to be easy going. And in that case it would be foolish to expect a certain result, because if we get the processes right anything is possible.

"For sure in my first year [there will be] that little bit of extra learning aspect. There's a challenge, but I'm fully aware of that and I'm ready for that challenge." 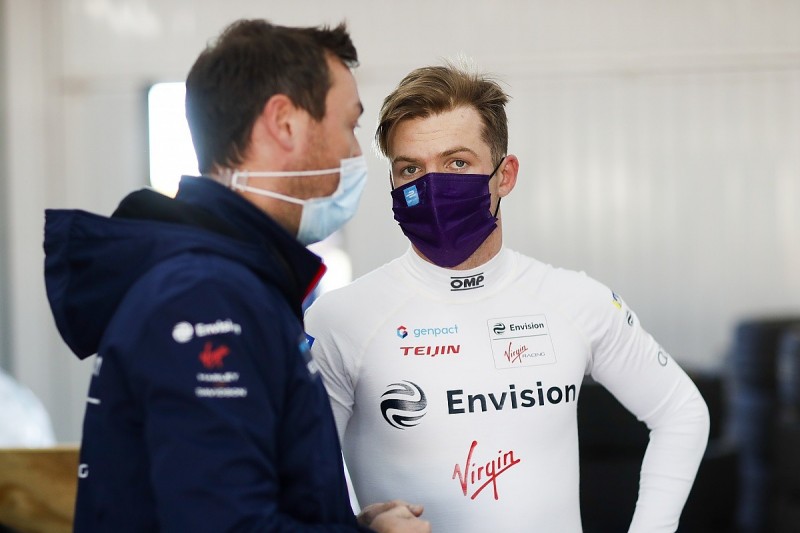 Due to its status as a customer team, Envision Virgin doesn't get any additional days to test its FE car privately during the off-season - and instead has to share the manufacturer allowance of its powertrain supplier Audi.

Cassidy admitted that adapting from high downforce cars he's accustomed to from his days in Japan was made difficult by a limited testing programme over the winter.

"It's certainly a huge change," the New Zealander said.

"Valencia was our main testing which was three days. It's a very different circuit to what we race on in Formula E.

"I think I've done less than six days total, five and a bit in the car at all. Definitely heading into the first race with not many days, the least of everyone by far, but that's part of the challenge and I'm up for it.

"I knew that when signing with the team and I wanted to join Virgin for a reason. They are a tightly-knit group of people who are very intelligent, very efficient and for the amount of days we do get, certainly from what I've seen so far, they have been used very wisely.

"It's a negative not having as many days to be out on track for sure. [But I am] quite proud to be working with the group of people I am and the opportunities that we have been given have been used very well."