The Porsche driver posted a 1m12.519s effort with 20 minutes to go to climb to the top of the timing screens, despite not activating the 35kW boost of attack mode.

A three-hour afternoon session at the Circuit Ricardo Tormo in Valencia came to an early end when new Venturi Racing recruit Norman Nato ran into the gravel.

Nato, who replaces Felipe Massa at the team, had set the seventh fastest time when he came to a stop on the outside of Turn 7 with 12 minutes to go.

With the session not restarted, it meant Lotterer's effort in the dry was 5.5s quicker than the best morning time, set by Venturi's Edoardo Mortara.

It also marked the fastest-ever FE lap at the circuit, beating Maximilian Guenther's time from last year by 2.5s, although this follows the removal of the chicane from the main straight.

Jean-Eric Vergne was a late climber for DS Techeetah to move second, 0.088s behind Lotterer, despite the team continuing with last season's car for the first four races of 2020-21. 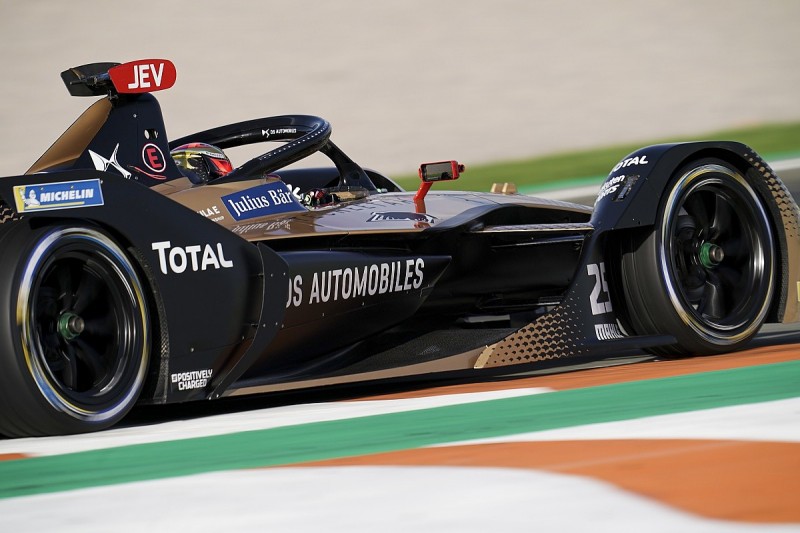 Alexander Sims was fifth in the Mahindra Racing machine ahead of three-time DTM champion Rene Rast for Audi.

Lucas di Grassi was 11th with the all-new Audi powertrain, having activated his attack mode a session-highest four times.

Stoffel Vandoorne, in 15th, and 20th-placed Mercedes team-mate Nyck de Vries both fell foul of the new track limits imposed at the first and final corners.

They both collected a 15-minute stop-and-go penalty for repeated offences.

Meanwhile, after his late morning crash caused by a stuck throttle at Turn 6, Mitch Evans was 22nd fastest for Jaguar Racing, only ahead of Mortara and Tom Blomqvist for NIO 333.