Formula E is more of a threat to GP3 than it is to Formula 1, reckons Red Bull team boss Christian Horner

Virgin chief Richard Branson predicted at the FE finale in London last weekend that the electric championship "will overtake F1" within four to five years.

Branson owns a team in FE, having previously been involved in F1 as first a sponsor of the Brawn team then as co-owner of the Virgin Racing squad that now operates as Manor.

Asked for his view on Branson's comments, Horner said FE should not be considered an F1 rival.

"I watched the Formula E race on Sunday and it looks more of a competitor to GP3 than Formula 1," he said.

"It's positioned totally differently to Formula 1. The cars look slow.

"The fact that you've got to change car halfway through the race - I'm not sure it's delivering a great message about sustainable energy if you're saying you can't get to the end of a race without having to change cars.

"Of course, take nothing away from Formula E, I think they've done well to get where they are, but you can't compare it in the same sentences as Formula 1."

Horner was more positive about FE's Fan Boost system, under which fans can vote for drivers to get bursts of extra power in races.

"That was the one thing I liked about it," he said. "The interaction with the fans was great.

"The fact that the fans can vote for their driver to get a fanboost was something productive."

While dismissive of FE, Horner also continued his criticisms of current F1.

He said Red Bull-backed GP2 frontrunner Pierre Gasly's recent experiences testing the 2015 Red Bull in Austria and then driving an '05 car at the Goodwood Festival of Speed showed the present regulations were not stretching drivers. 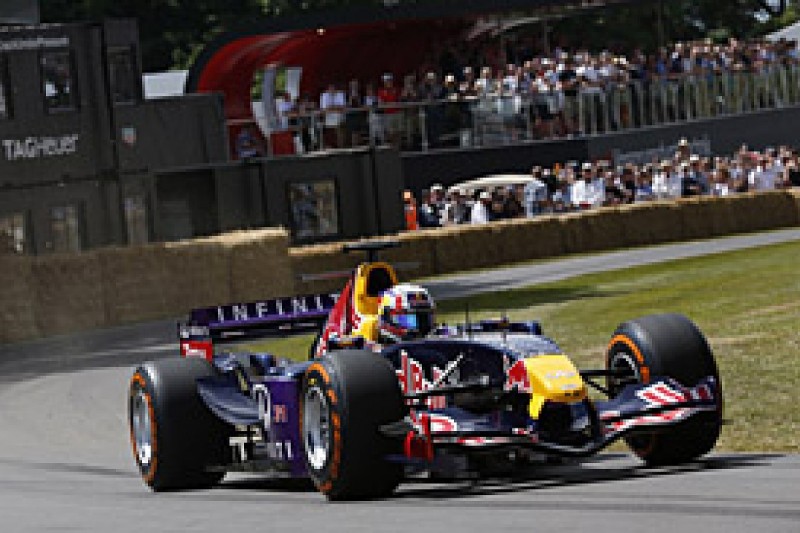 "He said the GP2 car on the straights was not so different and surprisingly in the corners there was not a huge amount of difference, the main difference being braking capability," said Horner.

"The car was actually easier to drive because of power steering and some of the refinement of the controls.

Horner thinks power steering is only a small element of the problem.

"The cars are wonderfully sophisticated but relatively comfortable to drive.

"You only have to listen on the radio, you rarely hear drivers that are out of breath or sound in any way stressed.

"They don't feel as if they have to work that hard, they're not complaining about their neck.

"Gasly jumped in and did 100 laps without any issue at all, which would be unheard of six or seven years ago."