McNish took charge of Audi ahead of its first season as a works FE manufacturer, but the squad's season has been plagued by problems.

Abt lost a win at the opening round in Hong Kong as the result of a technical passport error with one of his cars, and his team-mate Lucas di Grassi then failed to score until Mexico due to a recurring problem with the inverters Audi used in its drivetrain.

But Abt beat NIO's Oliver Turvey and Renault e.dams driver Sebastien Buemi to victory in Mexico City last weekend, and McNish joined his driver on the podium to celebrate.

"I was pretty bloody nervous in the last few laps and I think then I realised, [with] five laps to go and five seconds in the lead, yeah it does actually mean a lot," the triple Le Mans winner told Autosport.

"A lot to me personally - it's a score in a different game [and] that is very nice.

"I can tell you I was very proud to stand up there on the podium, that was an emotion that actually surprised me because I've stood on a few podiums. I was really proud of that.

"It was a wee bit of a representation of all the fight that has gone on here but also everybody back at Audi where a lot of people have worked a lot of nights to get us to that point."

Abt's win was his first Formula E victory and the first for a German driver racing in the series. 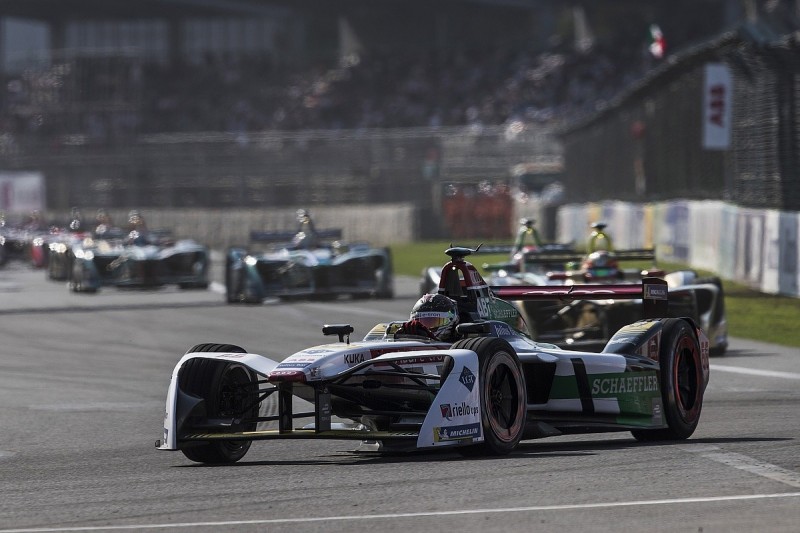 McNish hailed the 25-year-old's performance, which included pressuring 2015/16 champion Buemi into making a mistake that allowed him to get by and catch Turvey, before getting ahead during the mid-race car swaps.

"Daniel won Hong Kong and it was taken for no reason of his, it was down to us. We made a mistake.

"One of the big pushes we had between season three and four was to make sure we had two drivers that were strong and that was supporting Daniel a lot.

"We did that well as a team so to see it now as a victory, to see him put the ghost of Hong Kong to bed, was really sweet. I was really pleased for him.

"To pass Buemi the way he did, to get up there and keep pushing, he was on it all the way through."