The electric series already quickly shares short highlight videos of key moments on its official Twitter account during races, but upgraded that to live streaming to its followers in Japan from the last race in Mexico.

Series CEO Alejandro Agag told Autosport: "Yes, I think we want to use it as a bit of an experiment, see how it goes there.

"We are definitely exploring new ways of broadcasting, of getting the races to the fans.

"It's a priority for us now, and not only for us - you've seen Formula 1 announce a new OTT platform, which is something brilliant.

"All of us, we need to make an effort to really adapt to the new technologies.

"FE has been a leader in that since the beginning and this is another example."

In Britain, FE has struggled to gain a foothold through traditional broadcasting methods.

Its UK coverage started out on ITV4 but was shuffled to Channel 5 for last season.

Several races have not been broadcast live on the main channel and have either appeared 'as-live' on a delay or on C5's sister channel Spike. 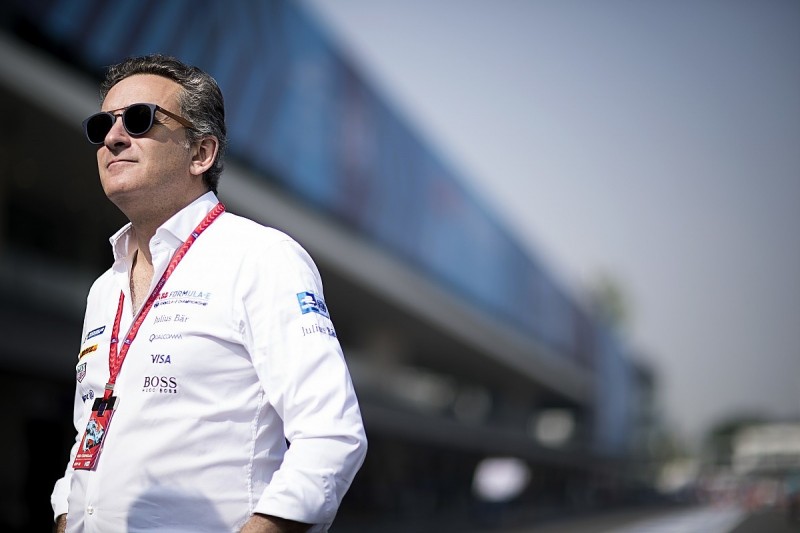 Agag said: "It's quite tricky, people prefer to follow us now more on social and digital than on TV in some countries, like the UK.

"I think we're very open to look at these new formulas of getting to the fans. Of course, you have the discussion of when to just go completely digital and I think that moment hasn't arrived yet.

"We keep all of our options very open."

FE has been linked to a race in Japan since its inception and it was thought an event in Tokyo could be on the cards in the near-future, although not for the 2018/19 season.

Hopes of a Japan race have been bolstered by FE securing its first competing manufacturer from the country - Nissan - for next season.

Agag said the decision to stream races live on Twitter was not "directly connected" to the series' desire to race in Japan but he acknowledged it was an important area to target.

"We would love to have a race in Japan," he said. "It's been in the works for five years.

"I don't see it happening imminently but we have a big fanbase. It would help have a race."