Formula E has launched two Esports series, one exclusively for official championship drivers and a second for sim racers who will compete to win a real-life FE test

Created in association with Motorsport Games, the Race at Home Challenge will begin this Saturday with a pre-season, non-championship race and will then continue each week for an eight-round series.

Following FE's recently announced partnership with UNICEF, all funds raised will be donated to the global coronavirus appeal fund.

When asked why FE had been slow to launch an Esports platform compared to other major series such as Formula 1, IndyCar or MotoGP, Reigle said: "If you can't be first then you better make sure you're different.

"[The Race at Home Challenge] is a pretty unique proposition."

Using the rFactor 2 platform, the format of the championship will follow a 'Battle Royale'-style knockout, whereby the driver in last place at the end of each lap will be eliminated.

This will continue until there are only 10 competitors remaining, after which they will compete in a one-lap sprint to the finish.

The eight championship races will retain the normal FE points system, with extra points for pole position and fastest lap. Double points will also be awarded for the final race. 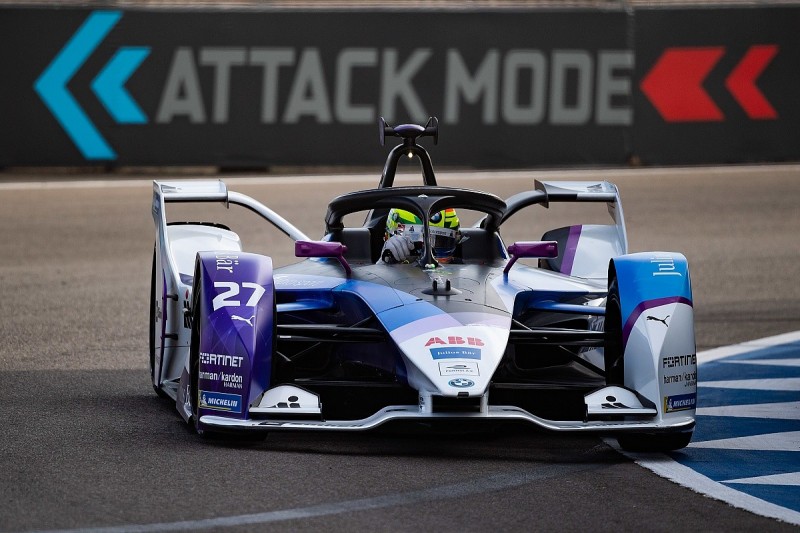 Many of the drivers have already featured in other Esports competitions during the motorsport hiatus, but Reigle added that the FE competition would avoid clashes with other high-profile contests.

He said: "We're trying to make sure we have a slot dedicated to the Formula E Race at Home Challenge.

"We're trying to have our own window and be respectful of other series.

"There's always room to find in the calendar, but the goal is to get back to real racing."

Each week, there will also be a concurrent event for sim racers that will take place on a different virtual circuit.

In addition to guest drivers, there will be a qualifying window from Monday to Thursday each week where the top 18 will progress through to the race.

A real-life FE car test planned for later this year will be awarded to the sim racing champion.

FE has hosted high-profile Esports events before, most notably the 2017 Vegas eRace, which had a record-breaking total prize fund of $1 million.

This was marred, however, by multiple technical problems - including on-the-road winner Olli Pahkala being demoted to third after a 12-second penalty for a glitch which meant he had more available Fanboost.