Agag added that the industry will have to consolidate around a much smaller number of categories, but he argues that there are some fundamental reasons why ABB FIA Formula E will emerge from the current crisis in good shape.

Speaking exclusively to Autosport for our #thinkingforward series with motorsport leaders, the FE chairman struck an optimistic note about the scale of opportunity that faces the industry, despite the severe challenges caused by the temporary cancellation of all events.

But it will take some bold decisions, and some pain to make the most of the opportunity - starting with Formula 1 at the pinnacle of the sport.

"We are going to see a lot of consolidation in the motorsport industry and I think it will now happen by necessity, because some series are not going to survive on their own," said Agag.

"Already some series were struggling, there were too many series. Motorsport is here to stay, it's not going anywhere. We need to know that this is not the end of the world.

"Because at the end, motorsport is a service to the fans and a laboratory for technology, but that part can be done with a small number of series."

Agag picked up on the theme raised last week by FIA president Jean Todt that motorsport needs a 'new deal' to recalibrate not just the cost of competing in the sport, but the whole approach to motorsport's place in society.

"I saw Jean Todt's interview of course and I agree with him; I think we need a new deal.

"The rest of us will follow and we are smaller. The pinnacle of motorsport is F1 and that's where the big imbalance exists. We will do our little new deal at the Formula E level, everyone is on board and aligned together with FIA on it.

"For the rest of motorsport it depends; some will do well, some will do less well. Spectator sport is going to suffer.

"I think that we are going to see restrictions on mass events, I don't know for how long they will last but for those sports that are based on ticketing revenue I think that can be a challenge."

While this last point is causing sleepless nights for many series and event promoters, it is one of the reasons why Agag believes that Formula E is able to weather the crisis, while recognising that "if we had seen this problem in our first season it probably would have killed us."

"We acted very fast in a flexible way, we took measures very early, we cancelled races very early and we are taking measures to protect the teams and the ecosystem. We are in very good shape.

"We have a business model that is resistant to these kinds of circumstances; we don't rely too much on ticketing revenue for example.

"Then you have the teams and you need to protect them and cut costs now, because now is when they are having their main problem.

"For that we decided to allow only one (new car) homologation for seasons 7 & 8. So a team can choose to use the exact same car they are using for season 6 again for season 7 and then they will make a saving right now.

"But also if they had already made part of the spending on the season 7 car they can use that one, but they will have to use it again in season 8, so they save the money then.

"Formula E is going to emerge well; it is at a level of costs that is manageable, the business model is manageable.

"I can send a message to the whole Formula E community that it is going to be in good shape.

"It won't be exactly the same, we have to cut costs and be smart." 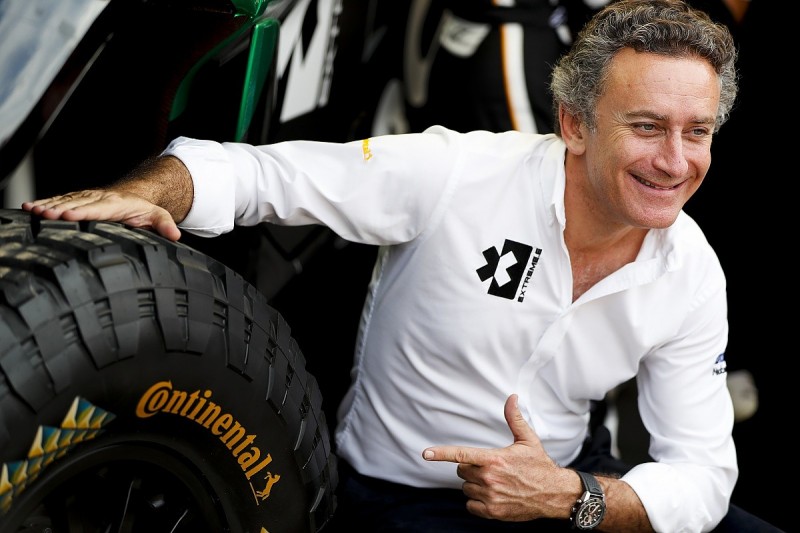 Just as people afflicted with the coronavirus who have underlying health issues have struggled, so it is with across many industries and racing is no exception.

Along with consolidation of racing categories, there were a number of other trends that were coming anyway, but which now the current crisis and the reflections on it will accelerate.

One of these, Agag argues, will be the drive towards sustainable vehicles and electrification.

"I think that this crisis is going to accelerate the trends," he says. "The big lesson I see from this crisis is the absolute lack of long term planning of our societies.

"I was reading an article about the Bubonic plague of 541AD. And they were in the same situation we are in today; they had to stay in their home for a lockdown, the economy collapsed.

"And that was 1500 years ago! Exactly the same and we haven't learned any lessons or planned forward.

"There are many threats to humanity but climate change is the biggest and most obvious one and this gives a lot more reason to plan ahead against climate change, which is going to provoke something even worse than we are living today if we don't plan ahead.

"And I think this makes the case of electric vehicles more relevant and stronger than ever."