The first race in Beijing featured a traditional formation lap, but it wound up being too slow thanks to teams and drivers being highly mindful of the 28kW per hour limit on the battery output.

The series has since decided to the drop the idea of a formation lap entirely, with the cars to complete a 'to-grid' lap from the pits, before lining up on the main straight pre-race, five rows back from their starting position.

They will then be driven the last few metres to the actual grid boxes before the race is started.

While the drivers admitted they understand the reasoning for the decision, it has not been met with universal popularity.

"In my opinion, from a spectacle point of view it's the right way to go, but from a sporting perspective it is not the way to go," said Beijing winner Lucas di Grassi.

"Me, personally, I would like to work on my brakes, and see how the car is before the start of the race."

Jaime Alguersuari agreed with the Brazilian's views: "Yes, we will save some energy, but at the same time we will just have 10 or 15 metres before we reach the grid spot.

"If we have an issue with the sensors or the electronics, which happens quite often, then we could have cars stopped on the grid.

"And that's a problem when the race starts. These kind of things are always a problem and a worry."

"I'd prefer a nice normal lap 'to grid', where you can feel the car a little bit, and it doesn't count towards the 28kW you're allowed in the race," said Buemi.

"You reset everything on the grid, and then you do a proper start straight away. Who cares about the formation lap." 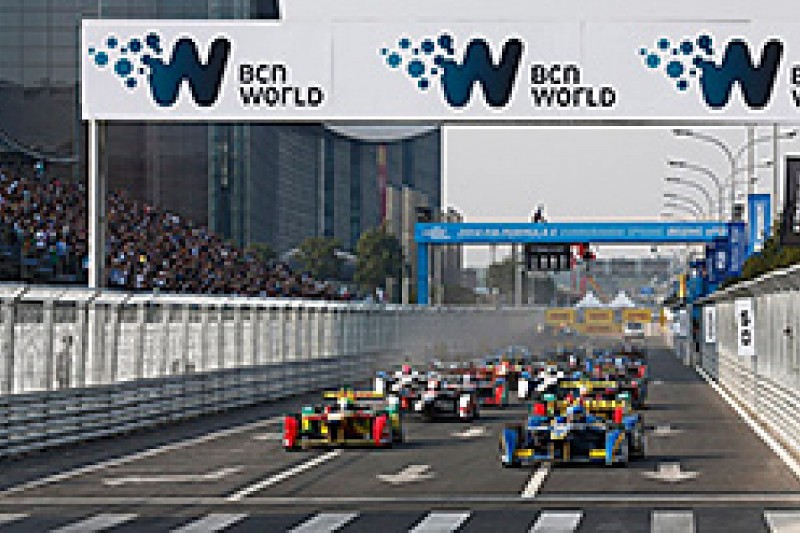 "From a driver's standpoint it makes life more difficult, because of the carbon brakes, you can't get any temperature in them.

"So the first corner is going to be a bit of a mess, possibly.

"But anybody who watched the race from Beijing, they would have turned on at the warm-up lap and thought they'd have time to get a cup of tea, and then realised they could have made a whole breakfast. So, it needed addressing.

"We have the 28kWs, which in the regulations includes the warm-up lap and the whole race. But if they just changed the 28-zero to the start of the race, then we could have both.

"For me that would be the solution; we could do the warm-up lap, and as we pull up on the grid we zero it, and away we go."