Autosport understands the deal will last at least two more seasons, beginning with the 2018/19 championship that gets underway with the Ad Diriyah E-Prix this weekend.

Vergne has raced with the Techeetah squad, which is now the works DS FE team, since the start of season three.

He won the 2017/18 drivers' title in the final season of Techeetah's two-year Renault customer arrangement.

"First of all, I'd like to say a huge thanks to DS Techeetah for always having believed in me and for keeping their faith," said Vergne.

"DS Techeetah has been my home and my family for the last couple of seasons so it's fantastic to be able to continue racing together with them.

"We achieved something incredible last season winning the drivers' title, and everyone is hungry for more.

"There are so many variables in racing so having the contract extended now is a great for both me and the team as we can now look at a long-term strategy together.

"We are aiming for more success together as a team and this is just the beginning.

"But first, we have the Ad Diriyah E-Prix and it's going to be very exciting to see where we end up, the track looks great and I love driving the DS E-TENSE FE19 so let's go racing." 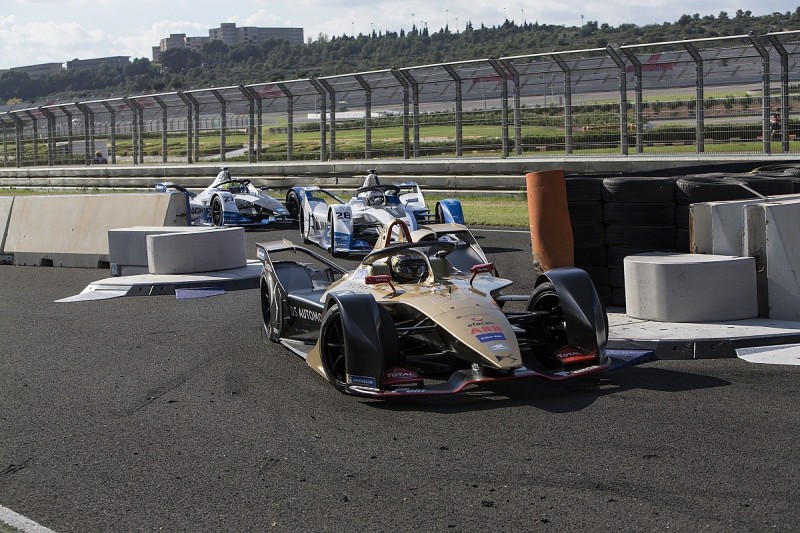 DS Techeetah president, Edmund Chu, added: "We are delighted to announce that we have agreed a new long-term contract with Jean-Eric.

"He has played a crucial part in our success to date with the drivers' championship title being a special moment for all of us.

"Jean-Eric has been with us since season three and he's been an important pillar in building the team together with the management and we're very excited about being able to announce our continued partnership.

"Having two wold-class drivers on board is essential for our continued goal of working toward further championship wins."

At the start of the 2018/19 campaign, Vergne's team-mate Andre Lotterer is entering the second championship of a three-season deal with Techeetah.