Trump, a noted climate change denier, is set to succeed Barack Obama as US president next January after defeating Hillary Clinton in one of the biggest shocks in US election history.

His victory immediately invoked fear at the United Nations' climate-change summit in Marrakech that he will follow through with a pre-election pledge to extricate the US from the recently ratified Paris Agreement.

The landmark agreement set an aggressive target of limiting global temperature rise this century to below 2C.

The UN's COP22 event was the reason FE was racing in Marrakech last week, and Agag believes the series can also have a part to play in convincing Trump that the danger facing the planet is real.

"I think if we bring President Trump to a Formula E race he will completely change his mind about sustainability," Agag told Autosport.

"I will absolutely extend an invite to the US race.

"Formula E can change Trump's mind, things like Formula E are the things that can.

"The president of the United States is an important position, but I'm optimistic I don't think everything will be as catastrophic as some are predicting.

"His first statements have been quite full of common sense so we hope for the sustainability area that's also the case." 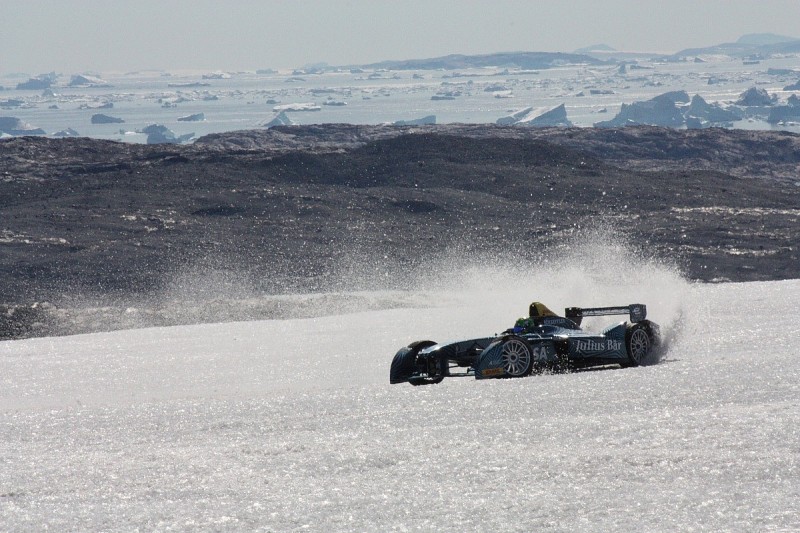 In the summer the electric single-seater series carried out a PR stunt involving 2015/16 runner-up Lucas di Grassi driving one of the season-one Spark SRT_01Es on the second-largest ice sheet in the world, in Greenland.

A short video of the stunt drew more than four million viewers online and Formula E is releasing a feature film this week that documents the effort in a bid to raise awareness.

The film premiered in Marrakech last Sunday and when asked if spreading the message of climate change required wide-ranging exposure di Grassi joked "definitely after Trump being elected".

He added: "Everybody should do their part, ours is to promote electric mobility.

"If we're able to change people's perception of EVs, if we're able to promote and develop the technology of our partners, make them affordable, faster, sexier, better, cheaper to run, then you have a very strong platform to show normal people to buy an electric car.

"That's why it's such an important part and why I'm so proud to be a part of this."