The German manufacturer announced in August it would add the electric single-seater series into its roster of factory programmes from the 2017/18 season.

It then delivered the shock announcement last month that it would leave the WEC at the end of the current season, at which point Audi DTM boss Dieter Gass will replace Wolfgang Ullrich as head of Audi Sport.

Gass told Autosport "there will be a lot of work to be done to sort out the aftermath of the end of the WEC" and revealed one element will be bringing staff who worked on the LMP1 R18 e-tron quattro into the FE fold sooner.

"I don't think there will be such a big change in terms of who, but how much," Gass told Autosport.

"We had the same faces and they were already looking into Formula E a little bit.

"Now they are able to commit full-time to Formula E.

"We'll be able to use a lot of work we have done for the WEC, with the hybrid and the MGU, so we'll be benefiting from that.

"And we'll increase the link to the R&D department of Audi and have the exchange we always had in the past with Le Mans and the road cars."

GARY WATKINS: Did Audi blur the truth about its WEC pullout?

Audi had already committed to providing greater financial and technical support for the 2016/17 FE campaign, but as FE powertrains are homologated no improvements can be made to the motor, inverter or gearbox in-season.

That limits what short-term impact any additional focus from Audi's side can have on the Abt team's performance, but Gass said it would help "within what you can do".

"We'll have to look at software development and things you can influence," he said, "but that was the plan anyway.

"[After] the decision to pull out of the WEC, I wouldn't expect too much of a visible difference from our side." 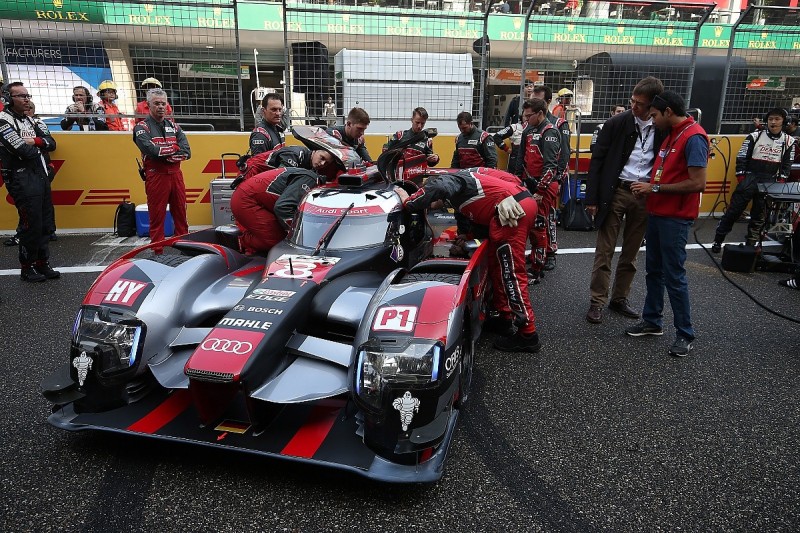 Abt sporting director Thomas Biermaier told Autosport the WEC withdrawal "may be positive for this season".

"We can make a step forward," he added. "We always received support from Audi on software and stuff like this, but the main work was done by us.

Gass indicated Abt, which has had affiliations of various significance with Audi since 1996, will remain solely responsible the race team, stating "there's no reason from our side for major changes".

Abt has won six races in FE with Audi factory driver Lucas di Grassi, though two of those were lost to post-race exclusions.

Despite running under the Abt Audi Sport banner, the German team has until now developed its powertrain entirely in conjunction with long-time technical partner Schaeffler.

Biermaier added: "This is what we love; we want to be responsible for the operations.

"We can be proud what we reached the first two seasons. It's not so bad for a small company."