XE will race in the Kali Gandaki valley - the deepest gorge in the world, per a championship statement - within the Mustang District, which is 400 kilometres from Nepal's capital Kathmandu and sits at 2750m above sea level.

The XE statement explained that the championship will support the region - which particularly is vulnerable to the effects of the climate crisis due its large concentration of glaciers - by "working with local experts and groups in each of its locations to implement positive legacy initiatives dependent on local needs".

"Today we are here in the heart of the Himalayas, in the Mustang District, to announce that Extreme E will be the first race to ever be staged in the highest mountain range in the world, the Himalayas," said XE CEO Alejandro Agag.

"The Himalayan region is a spectacular, unique environment with incredible terrain for off-road racing, which will provide the sternest of tests to the world's leading drivers, engineers and teams.

"We are literally in the heart of the mountains here, it is a beautiful place.

"We're going to bring this fantastic show, this great race, to a place where there's never been a race.

"We will leave a positive legacy behind, working with the government and authorities that will help locals here and provide solutions for the region to make it more sustainable.

"This is a big step with big meaning - not only for the race, but in everything we will leave in place for the communities here." 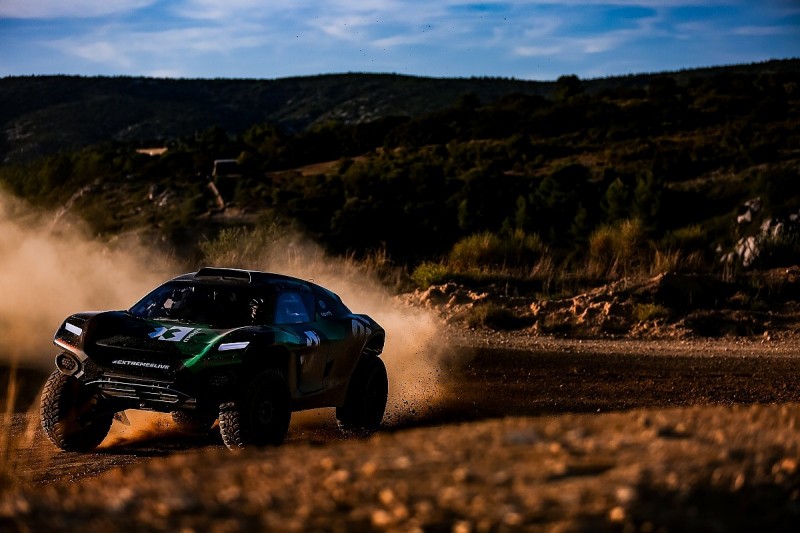 "The country has a unique natural and cultural diversity and harbours a number of instantly recognisable world landmarks such as Mount Everest - the tallest peak on Earth - and Lumbni - the birthplace of Buddha.

"We are confident that hosting this international series will serve to further our global appeal whilst being able to also shine an important spotlight on the climate issues which face our region and their solutions.

"Nepal is an exotic destination full of national treasures. Driving through our magnificent scenery with Extreme E's pioneering electric SUVs will be a once-in-a-lifetime experience for the competitors, adventure enthusiasts and the fans watching on.

"The message is inspiring and it will be some spectacle!"

The announcement of the Himalayan race means there is just one round of XE's first championship - a coast-based event - still to be confirmed.