Lucas di Grassi says there was “no reason” for his car to fail while leading the Rome E-Prix, which cost Audi its first Formula E win in almost two years.

Audi developed an in-house powertrain for the first time for the 2021 season, its last in the championship, as it seeks a first victory since di Grassi triumphed in the Berlin E-Prix in May 2019.

Di Grassi inherited the lead of the Rome race early on after a collision for polesitter Stoffel Vandoorne and Andre Lotter was complemented by a drivethrough penalty for Oliver Rowland, after the Nissan e.dams driver was adjudged to have exceeded energy limits.

The Brazilian lost out to chaser and eventual winner Jean-Eric Vergne through the two uses of attack mode but repassed the DS Techeetah driver with a well-executed lunge into Turn 4.

However, his race was then ended by an as yet unconfirmed driveshaft failure on the run to Turn 6, which forced Vandoorne to go off-line to pass him over a manhole cover that launched him into a spin and meant the race was ended under safety car conditions.

Di Grassi told Autosport he had driven a completely clean race and there was no apparent cause for the car to die.

“It needs to be opened up to exactly pinpoint it. But it was not software, not electricity, not battery.

“It was some mechanical components that failed. Then I didn't have any drive. I could hear the motor spinning, but I had no drive. 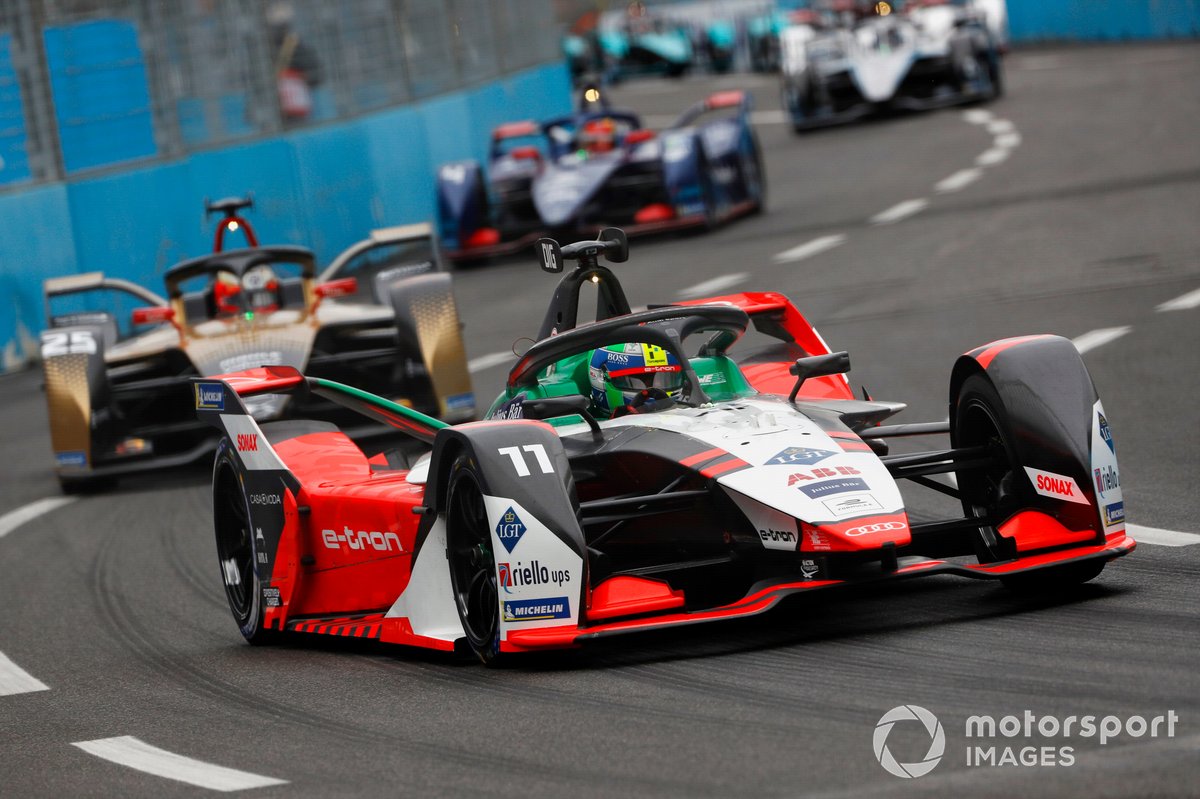 “I was looking at the dash see if there was any alarm or anything going on, but it was dead.

“Without any touch, without any contact with the wall. The car had zero marks, it was a very good race. There was no reason for that to happen.”

Di Grassi reckoned he had lost out to Vergne through the attack mode phase because he had been the point of reference for drivers on a slippery track, which followed a brief shower after qualifying.

He continued: “In the conditions like we had, it was an extremely difficult race because it's half wet, half dry.

“If you're the leader car as I was, you are the reference. People behind you are kind of easy to stay with you because you need to understand if that corner is wet or not.

“Vergne used his experience and good strategy to pass me with attack mode, but we had more pace today. We were able to pass back both times.

“The race was ours for the taking. The track was drying up and my pace was getting better.”

Vergne said he had let di Grassi pass because he was attempting to save energy and thought he could re-overtake.

“I did not block Lucas, when he wanted to overtake me," he said.

"I was already saving a lot of energy. I knew he had a bit less.

"When I saw him trying to attack me, I just let it be. I knew there was like six, seven laps to go on this point... I could get him again at the end.”