The electric championship will implement the new race length for its fifth campaign, which will also be its first with drivers completing the full event in a single car.

FE has introduced an attack mode power system in a bid to keep strategic options open in races without pitstops, but Buemi warned that the new time limit could prove to be a challenge for teams as the race leader is likely to effectively decide each race distance.

"It is a very difficult one, because you need to constantly calculate where the leader will be according to the timing.

"If you calculate to finish and be at zero energy and let's say the leader is crossing the line at 44 minutes and 58 seconds, you need to do an extra lap.

"And if you have no more energy, you are going to be stopped on the side.

"So, you constantly need to see and estimate where the leader will be around that period of time, which makes it really difficult.

"You can also take a gamble and use a lot more energy, thinking maybe a safety car will come or whatever and you're going to be fine - or you may not be." 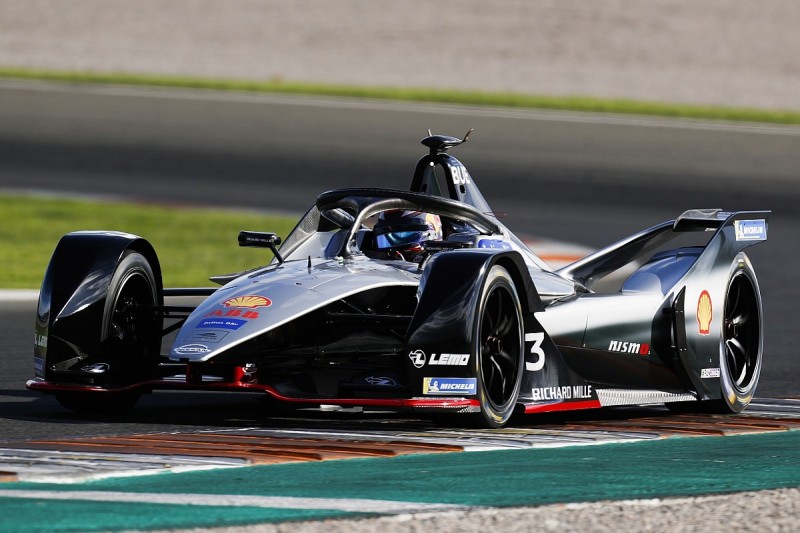 Buemi also said that although FE's new Gen2 car has an aggressive chassis design, it actually has less downforce than the previous car, with most of its downforce being produced by a large rear diffuser.

"It's very tricky to manage [the new race strategy elements] but otherwise the car itself, the chassis itself, is no big evolution," he said.

"The car is 20kg heavier, it has less downforce than the previous car, so you cannot expect the car to be much quicker.

"You are quicker because of the evolution of tyres and the powertrain itself.

"In the corner, the car is not really quicker than before but the FIA and Formula E wanted that, because if they wanted the car to be quicker, you go slick tyres [and] gain I don't know how many seconds.

"You go [with] wings, and you go much quicker. But that was not really the objective. We just need to make the most out of what we have."