The FIA has confirmed the temporarily-titled 'Hyperboost' plans to change Formula E's race format will be implemented for the 2018/19 season.

As revealed by Autosport, FE confirmed it had been evaluating a 'Mario Kart' race format plan to coincide with its switch to the Gen2 cars.

The FIA has now formalised plans for the system - which will not be called hyperboost when it comes into effect - and officially set the two mandatory power modes drivers will have to use during each race.

With the standard race setting set at 200kW, the higher power mode (225kW) will be activated once a driver goes through an activation zone.

It is understood that the zones will be away from the racing line in order to slow the drivers down, with digital screens placed nearby to signal the area to spectators. The screens will also be arranged differently at each track.

It had previously been suggested that the system would be available twice during FE races and that the duration would last four minutes each time.

But it has now been confirmed that "the number of activations and the duration of the use of the higher power mode will be determined at each race by the FIA, according to the individual features of the circuit," per an FIA statement.

Autosport understands that after the draft hyperboost proposal was presented to the FE sporting working group, concerns were raised that the anticipated effects of chaotic racing could not be guaranteed.

This is because simulations had determined that the teams would activate the system at similar times and that would prevent the desired competitive shake-up.

It is understood that the activation allocation and high power mode duration may only be confirmed by the FIA in the days leading up to each race.

Drivers who are allocated fanboost activation during FE events from season five, will only be allowed to use it when they are in the higher power mode, which will add 100kJ and raise power to 250kW.

Further details on the system and replacement name for hyperboost are expected. 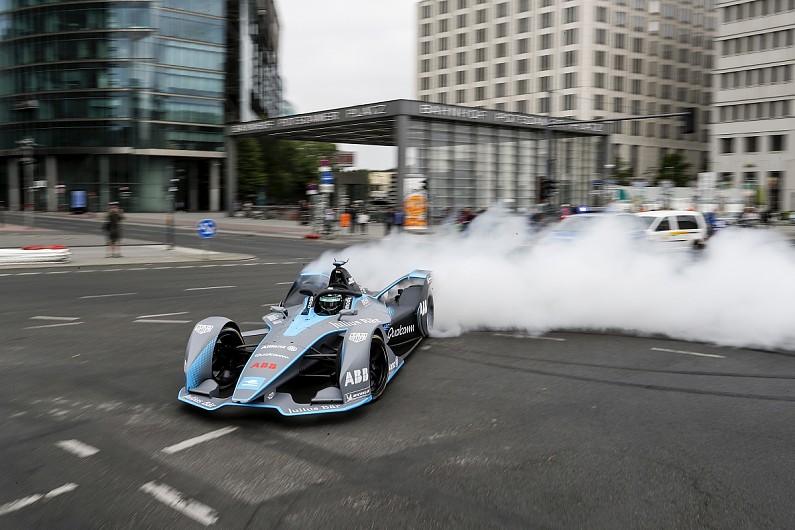 The FIA has also announced that FE races will no longer run to a set number of laps, but will now have a maximum time limit of 45 minutes plus one lap.

FE's current one-point fastest lap prize will be replaced by a new reward for the driver in the top five positions who uses the least amount of energy.

The superpole segment of qualifying will also be expanded to six cars after the addition of the HWA team in 2018/19, with the grid expanding to 22 entries.

"Formula E is synonymous with innovation and pioneering technology - that's exactly what we'll be seeing again next season with the step-up in performance and efficiency of the futuristic next generation car, as well as trialling unique and radical concepts to usher in a new era of Formula E.

"The new format and split levels of power being introduced for season five will add an extra strategic element and continue to offer intense and exciting competition between some of the most talented drivers and biggest brands in motorsport.

"I'm looking forward to seeing the new cars and format in action against the backdrop of iconic city skylines - starting in Ad Diriyah in December."