Andretti abandoned its ATEC-01 powertrain ahead of the 2015/16 season, and its first successful motor/gearbox/inverter package was only good enough to score points in five of the 12 races in 2016/17.

It announced a technical partnership with BMW before the start of that season, and the German manufacturer will make the FE entry a fully-fledged works programme in 2018/19.

BMW has upped its engineering support for the coming campaign, though it is still not offering powertrain assistance.

Autosport understands more BMW engineers will be embedded in the race team as well, although it will still be predominantly Andretti staff.

"We want to get out of that position. But we have to be realistic.

"It wasn't an easy off-season if I'm honest, we had a few technical issues.

"There has been some big, big changes and massive help from BMW after that.

"I don't know why that was made but I'm really glad that happened.

"Looking at what we have now, and all the effort coming from BMW, earlier than what I was expecting, is nice."

Andretti did not begin private testing with its 2017/18 powertrain until August, after the previous season had finished.

It started 2016/17 with a double-points finish in Hong Kong, but faded as the season developed. 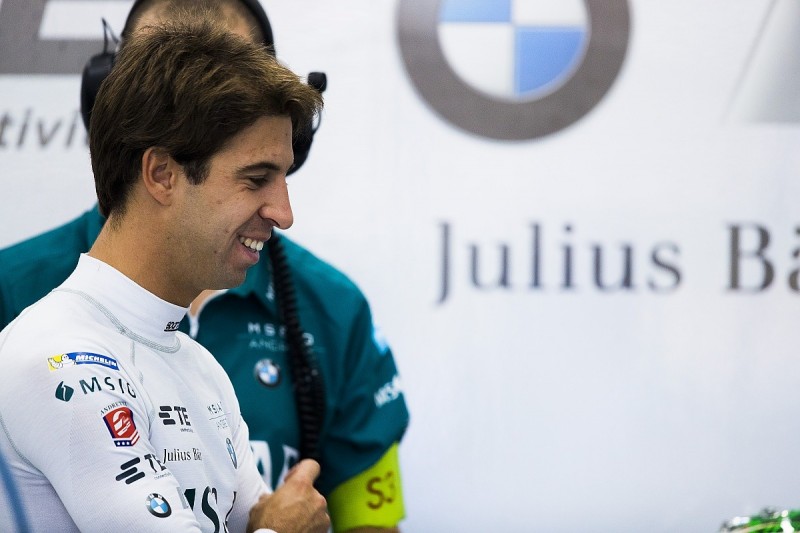 Da Costa said the assistance the team is receiving from BMW now would have been a significant advantage had they been testing-mid season, but it was "better to have them in late than never".

"We were nowhere near," he said. "I now know what Renault might have and what Audi is doing.

"I can tell you we were miles behind these guys in terms of software, driver aids, approaches to situations.

"I only know that now by speaking with new people and going testing."

Andretti has worked to try and solve da Costa's discomfort under braking that hurt him last season.

The 26-year-old believes the team will continue to make progress with BMW's help.

He said: "One of our guys looked at our braking [during testing] and said it's a mess - I said, 'I tell you it's already much, much better than what it was!'

"Making everything a lot more comfortable when you come to a city track just helps me as a driver massively - last year I felt like the car wanted to put me in the wall.

"The delta to the quickest guys is probably the same but I believe we can get that reduced.

"It does take a lot of work, and a lot of software work, to make braking better, get more power, more efficiency, and make the car better for the driver."