Mercedes, which is expected to announce it has quit the series, progressed into superpole with Vandoorne the last to run in the top-six shootout after he topped the initial board from his group three run.

Vandoorne posted a 1m06.794s effort in superpole, a 0.012s deficit to his group run, but was a tenth quicker than his pole rivals through the first sector.

The Belgian shipped seventh hundredths through the second loop compared to his rivals, but then found that time again in the final split to land his third pole of the year - the highest tally of the season - by 0.131s.

Oliver Rowland completed the front row in his last race for Nissan e.dams, another one to progress from group three in which he ran just 0.033s adrift of Vandoorne to repeat the front-row pair that crashed in the fight for victory in the London E-Prix.

Evans gained a massive advantage in the hunt for the championship crown with third place as Jaguar Racing leads the teams' championship standings by five points over DS Techeetah.

He was first to run in superpole and appeared to slightly lock up into Turn 1, which meant his first sector was beaten in a brilliant performance by NIO 333’s Tom Blomqvist. 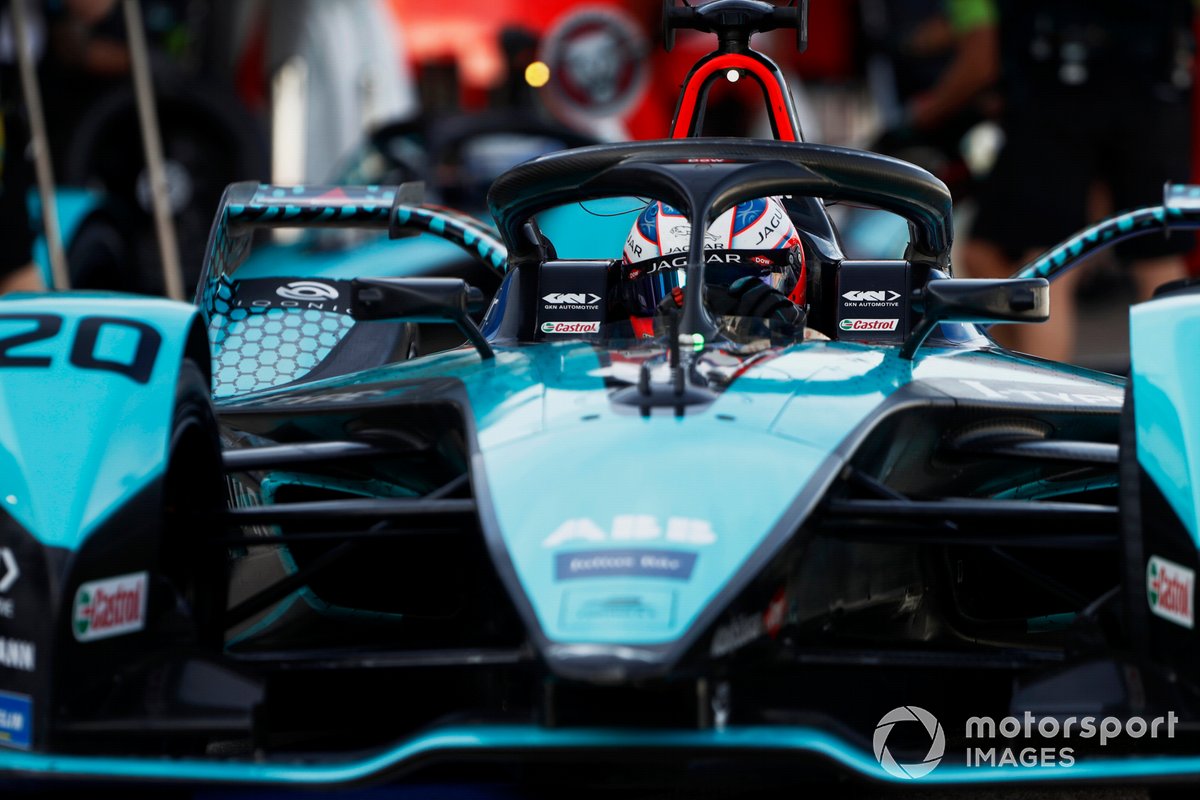 Evans crossed the line with a 1m07.010s, two tenths off pole, while Blomqvist fell back in the final part of the lap to sit fifth behind a strong showing for Mahindra Racing driver Alexander Sims.

Norman Nato failed to leave the garage for his superpole lap after a broken connector meant his Mercedes-powered Venturi Racing car would not start.

Evans, fourth in the standings and five points adrift of points leader Nyck de Vries, had just hung on to superpole after the flying group four laps from Nato and Blomqvist left him at risk.

Nato bolted to third from his group three run as Blomqvist was a remarkable fifth, which relegated Evans to sixth place as Nissan e.dams racer Sebastien Buemi turned in his lap.

But the 2015-16 champion was just 0.017s adrift of the cut off to leave Evans safe in sixth and Buemi slotted in eighth behind Porsche’s Andre Lotterer who missed out by 0.012s.

Jake Dennis, third in the points, looked to have done enough to secure a superpole shot from his group one run after none of the group two runners could trouble the top six.

But then the last 12 drivers felt the benefit of the major step in track evolution, with Dennis losing out to Sims, Rowland and Vandoorne to land ninth place ahead of Pascal Wehrlein.

In a dramatic qualifying in which the top 16 were covered only by a tenth, second in the points Edoardo Mortara snared 11th from his group one run over Sergio Sette Camara while Mercedes driver de Vries was 13th after setting the first lap of the session with a 1m07.162s.

The duo lined up 15th and 16th, with Vergne having led a team 1-2 in qualifying on Saturday ahead of the first Berlin E-Prix on the conventional anti-clockwise track configuration.

Saturday victor Lucas di Grassi, now sixth in the points, was 17th fastest and a front-left lock-up for BMW Andretti racer Maximilian Gunther put him down in 18th ahead of Rene Rast.

The second NIO 333 of Oliver Turvey had also been set for a potential superpole upset after matching Evans’ opening sector, but the Briton fell to 20th ahead of Robin Frijns (fifth in the points) and Sam Bird (eighth).