In November, the FIA's World Motor Sport Council ratified Formula E's planned 'attack charge' pitstops with an introduction potentially set to be rolled out later in the season.

Before this is introduced, the 'regular' attack mode has been modified to allow the drivers to take more control over their own strategy, with a maximum of four minutes allowed during the race. The driver can then divide this up over their two activations - either with a 3+1, 2+2 or 1+3 strategy.

Formula E has also reverted to races with a set lap count, rather than running to a 45-minute time limit.

Speaking at Andretti's launch, having moved to the American squad from Porsche, Lotterer says that the tweaks in sporting regulations will contribute as much as the new car to a very different outlook.

"The biggest challenge with season nine is of course that we don't know much about the Gen3 car," Lotterer said. "We need the testing in Valencia to really understand the car much better.

"The tyres are completely different, moving from Michelin tyres to Hankook tyres and, from what I've felt, it was a bit less grip, but the car is obviously a lot more power - so it will be much more difficult for us to control. 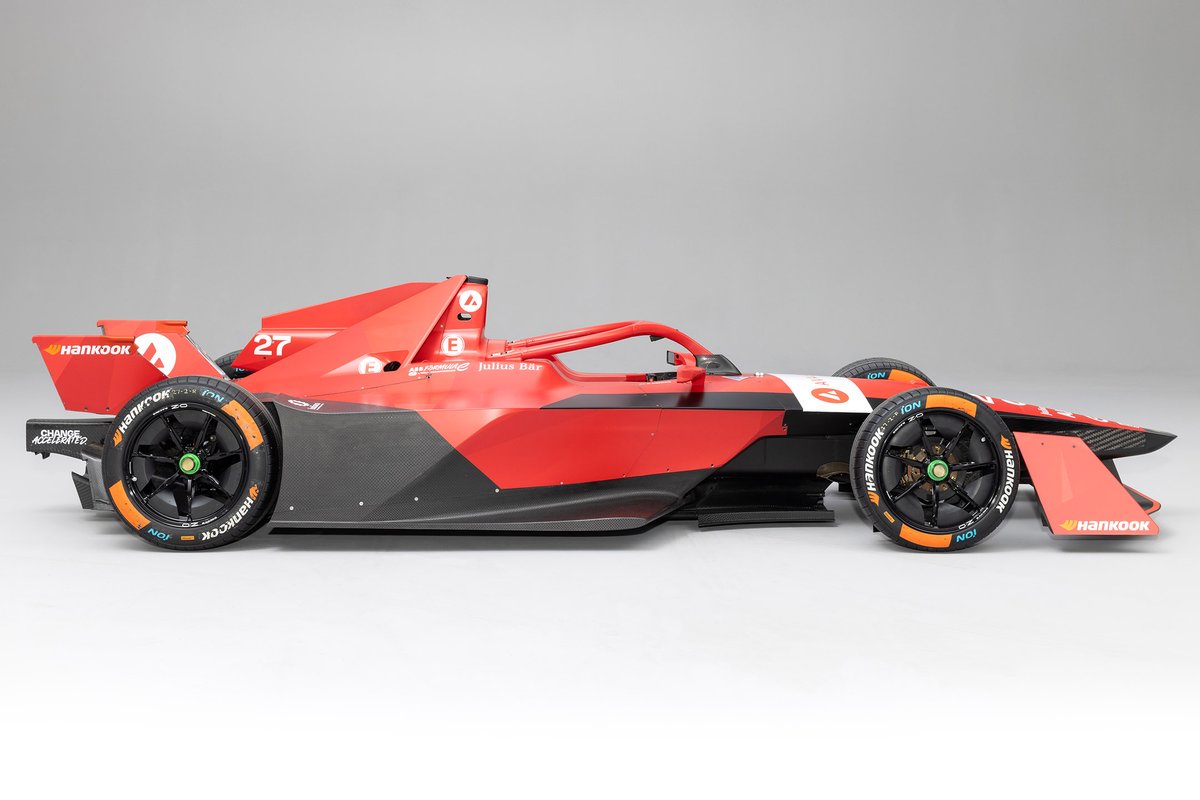 The matte red Avalanche branding remains, albeit with added black trim compared to the 2021-22 iteration of the colour scheme.

Lotterer says his main goal is to break his winless streak in the all-electric championship, which stretches back to his maiden year in 2017-18 when he raced with Techeetah.

He added that, as a fan of Mario Andretti and the 1978 Formula 1 world champion's achievements, it was special to be joining the team.

"My goal this year is to win races, of course, like we all want to, but for sure to do well with the team," said Lotterer.

"The Andretti team has been doing very well in the past, very successful and winning races.

"I want to join that and bring my experience to the team and, together with the Porsche powertrain, I think it's a really good package.

"I'm really looking forward to give it my all, and to regularly be in the points to fight for the championship.

"I want to also work closely with Jake [Dennis] so we can support each other and be the best team possible.

"For me, it's very emotional because I'm a very big fan of Mario Andretti and their whole history. I think it's amazing what they've achieved and to join as Andre with Andretti, it's also pretty funny, pretty cool!

"I'm very happy to join the team, it means a lot to me and hope I can add to that great legacy they have and be successful together."