Looking back on Zurich, I think it was an incredible success. It was the most well-organised race we have held, but it was also one of the most challenging to co-ordinate

Our previous record for the number of walls we had to install on the last night came in Paris, where it was over 250. But in Zurich, we had 389 walls to go in at the last minute. The logistics that were in place were complicated, but they worked very well. This was all down to Swiss precision - the team was incredibly well-organised with very good planning. It was the pinnacle of street racing construction and it's never been done so well before.

There were also some absolutely spectacular hospitality structures, which we've never had at any other track. The ABB E-Cube was over the start/finish straight and the Julius Baer Pole Position Lounge was above the garages.

This was the first time that a race took place on the streets of Zurich. The historic significance was also very important after decades of not racing in Switzerland, and finally having that first race - I think that's why a huge crowd showed up, and why it was so spectacular.

The location itself was fantastic. It's exactly the thing we want to do in Formula E - take the race to the people and make it part of the city. People sunbathing on the shores of Lake Zurich were not there because of the race; they were there enjoying their weekend while the race was going on too. The Formula E race was part of the city life. 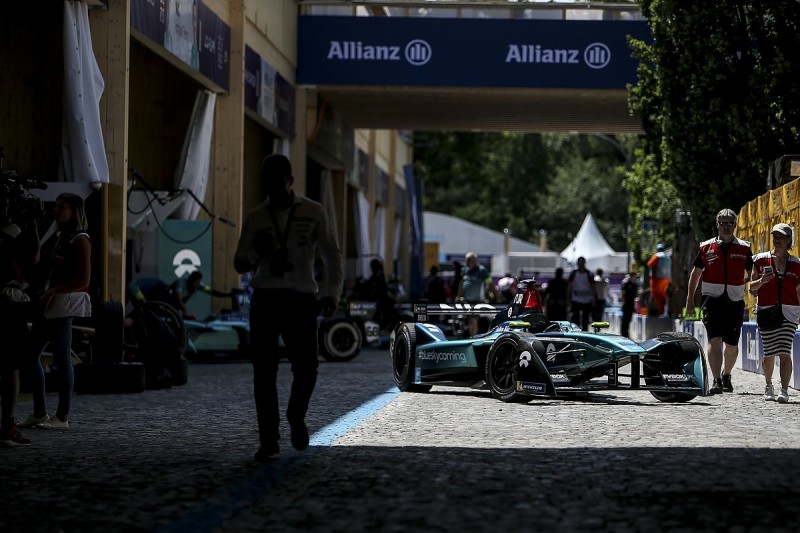 We had great feedback from the mayor and the local organisers, and I would be very surprised if we didn't go back to Zurich. It left a fantastic impression - the mayor loved it, as did the partners, who were a huge part of why the event happened in the first place. The sponsors were really pushing for the event to happen and were over the moon with the results. We're even looking at taking the big wooden pit structure to our other races, as it belongs to the Zurich promoter. It's pretty big, so we're talking to the promoter to see where there is space for it on the other tracks.

Now we're heading to New York City for the season finale, which will be the last race with the current generation of cars. It's the end of an era - an era that will probably never exist again in motorsport, a time when drivers raced with two cars. Formula 1 had a few races with two cars back in the 1950s - when one car broke down and a driver was allowed to drive their team-mate's car. That was the beginning of an era, but we've had four years of full, two-car racing, so it is pretty significant that we're coming to the end of this period and then start a new one in Saudi Arabia.

That will be a very interesting moment in the life of Formula E - a huge moment with the new car - the beginning of a new chapter. It's also about all that comes with the change -the development of the technology. We are succeeding in moving forward with the energy density of the batteries and we're actually achieving many of our targets. On the back of that, everyone is following the series' progress over the years, so the car is a symbol of the new era.

There are always risks when championships go to a new car. People like what we have now: the pitstops, the change of cars, and so on. But there's also a risk in staying where you are and not moving forward - and I think there is more risk in staying where we are than making this leap. There are always risks, but we quite like that - if there is no risk, there is no motivation!