Vergne sealed the title - his first since winning British Formula 3 in 2010 - with fifth place in the opening race of last weekend's New York season four finale.

The French driver had to battle back from starting 18th on the grid after he and his Techeetah team-mate Andre Lotterer were thrown out of qualifying for exceeding the maximum permitted power allowance.

"Winning the title, I did not drop my weapons, and actually I feel even hungrier now for more wins," said Vergne, after winning the second race of the weekend.

"Winning this year is one thing, but now everything is reset to zero and I proved my will and hunger to win more races.

"That's the attitude I'm going to have next year, so I'm looking forward to next season already."

When asked if his comments were directed at anyone, Vergne replied: "Nobody [in particular].

"I guess it's also for my team," he told Autosport.

"Everybody will relax and enjoy the summer, and probably party hard and celebrate our win because it's an amazing achievement.

"But I don't want one title. I want more and I'll give everything to get another one in the future."

Vergne held off sustained pressure from Audi driver Lucas di Grassi to take his fourth win of the season in the New York finale.

But it was not enough to help his Techeetah team clinch the teams' championship it had led since the Santiago round in February, following his team-mate Andre Lotterer's jump start.

"I had a strong start, aggressive, and then I was able to manage the race," Vergne said. 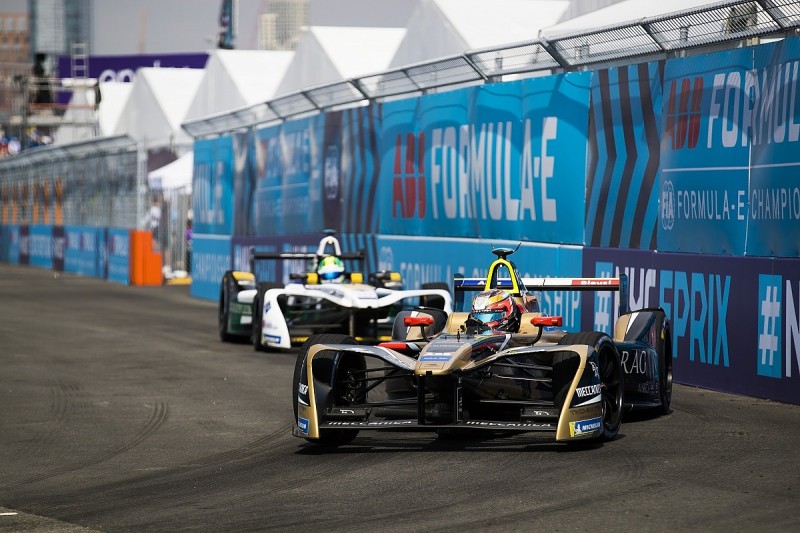 "It was very tough because [of] the Audis, we all know they are really quick in the race.

"No mistakes were allowed on my side."

Vergne outlined his hopes that defeat would inspire Techeetah to seal the teams' title in FE's fifth season, when the Chinese squad is expected to switch from being a Renault powertrain-supplied privateer to a works-backed outfit with DS.

"It's difficult for them [Techeetah] because they gave so much, but what we've done as a small team, the only private team, not a manufacturer like the giant Audi, is absolutely amazing," he said.

"They should all be extremely proud of what they've done.

"Next year with a manufacturer, with more budget, we should be able to do very well.

"We're still a young team, everybody learns, and it should keep everybody highly motivated to go and get the teams' championship next season."