The Shanghai racer led a 1-2-3-4 for the Prema Powerteam squad of Dallara-Mercedes machinery, beating Ralf Aron by 0.143 seconds.

Most of the competitors used two full sets of Hankook tyres from their weekend allocation of three sets.

Robert Shwartzman led the pack in his Prema car after the first runs, but the Russian dropped to seventh on his second set.

Instead, it was Zhou, Aron, Mick Schumacher and championship leader Marcus Armstrong who led the way at the chequered flag. 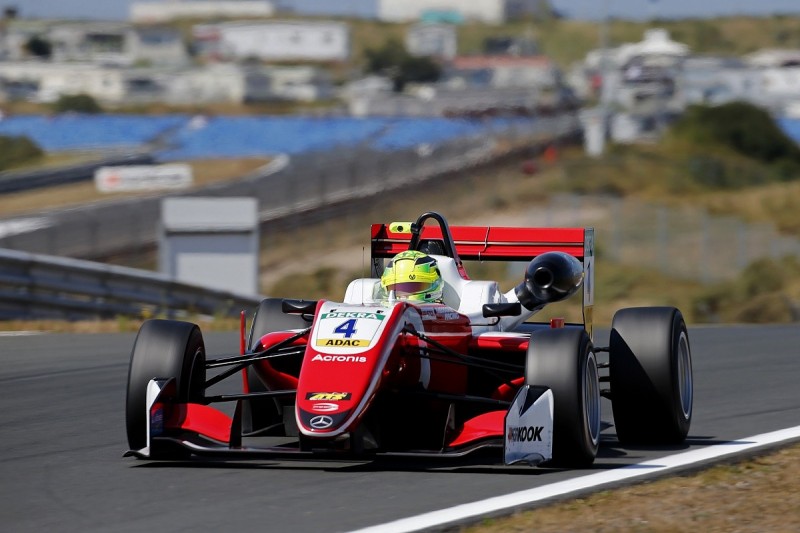 All but Schumacher set their times on their first sequence of push laps on their second set - they then had a cool-down before a final effort, with free-practice pacesetter Schumacher leaping from fifth to third on the last lap of the session.

That effort demoted Motopark's Red Bull Junior Dan Ticktum to fifth, the Briton feeling that the team needs to find a little bit in the set-up in time for second qualifying later in the day.

Behind seventh-placed Shwartzman, Alex Palou led the Hitech GP charge in eighth, with Motopark's Juri Vips and another Hitech car - that of Ben Hingeley - completing the top 10.

The other Hitech driver, Enaam Ahmed, crashed heavily at the start of the second free practice session at the high-speed Mastersbocht right-hander when he lost downforce in the dirty air of a slower car.

Ahmed consequently had a disastrous qualifying session, taking 22nd position out of the 24 competitors.

It was also a poor session for Carlin. Some of its drivers used just one set of rubber, and some used six tyres, and the best of the team's representatives was Nikita Troitskiy in 12th place.

Once more the British team is down to five cars, with recent GP3 newcomer Devlin DeFrancesco again standing down from an F3 weekend. The team does not expect him to return.