The new initiative by MotorSport Vision, which operates the championship, will be in collaboration with the Carlin and Hitech GP teams that compete in both British and FIA F3.

British F3 champions making the jump into FIA F3 is not unprecedented, with Clement Novalak and Enaam Ahmed - title winners in 2019 and 2017 respectively - both competing in the category this season with Carlin.

British F3 runner-up and 2019 Aston Martin Autosport BRDC Award winner Johnathan Hoggard has also been extensively testing in FIA F3 machinery ahead of a possible move into the series in 2021, while this year's British F3 champion Kaylen Frederick is planning an FIA F3 test with Carlin.

"We're very serious about our championship winner getting into FIA F3 and to help their talent to be recognised within that arena," said Jonathan Palmer, chief executive of MSV.

"Those are the two teams that we have in our championship that are already running FIA F3 cars so that makes total sense. 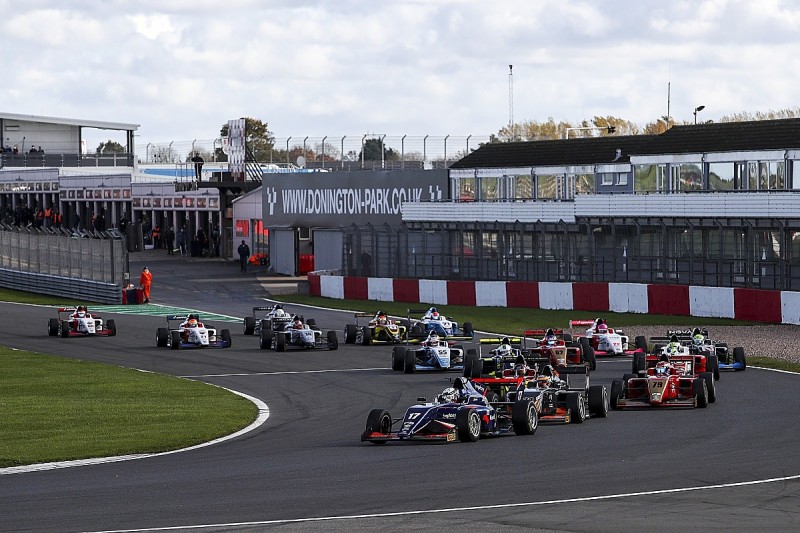 "This is serious and I think by having two days they get the full time, as a serious driver would do and both free of charge.

"Carlin and Hitech are clearly top teams and I'm very excited, I think the results will look good. I'll be very surprised if our champion doesn't look anything other than a great talent."

The prize drive next season will also coincide with the introduction of a teams' championship, with an outfit's two best placed cars per race scoring points towards that title.

Nine teams are set to compete next season, with Elite Motorsport - most well-known for dominating Ginetta Junior over recent years - joining the championship having taken the place of Lanan Racing which ran George Russell in his maiden season of single-seater racing in 2014.

"I think it's absolutely right [to have a teams' championship]," added Palmer.

"They've got all their mechanics and engineers and all the owners are proudly fighting away so the best two results from every race will go towards the teams' championship."