Ticktum will contest the 2019 event with Carlin, having won the last two Macau Grand Prix with the Motopark team.

Motopark missed out on a place in the new FIA Formula 3 Championship this year which means it also misses out on Macau, which fields the same car and teams as a non-championship event.

Ticktum was dropped by Red Bull and in-turn his Super Formula seat in June, and has since only driven the new Euroformula Open car in testing, before racing for Van Amersfoort Racing in Formula Regional European Championship at Barcelona.

He has raced for Carlin before, for three races in the Formula 3 European Championship in 2016 where he recorded a best finish of 13th.

Prema's closest rival in F3 - the Hitech Grand Prix outfit - was already confirmed for Macau with Juri Vips, but will be joined by Renault F1 junior Max Fewtrell and Yuki Tsunoda as the new drivers in that team.

Red Bull and Honda junior Yuki Tsunoda has been tipped for an F2 seat next year, but an F3 return has not been ruled out. 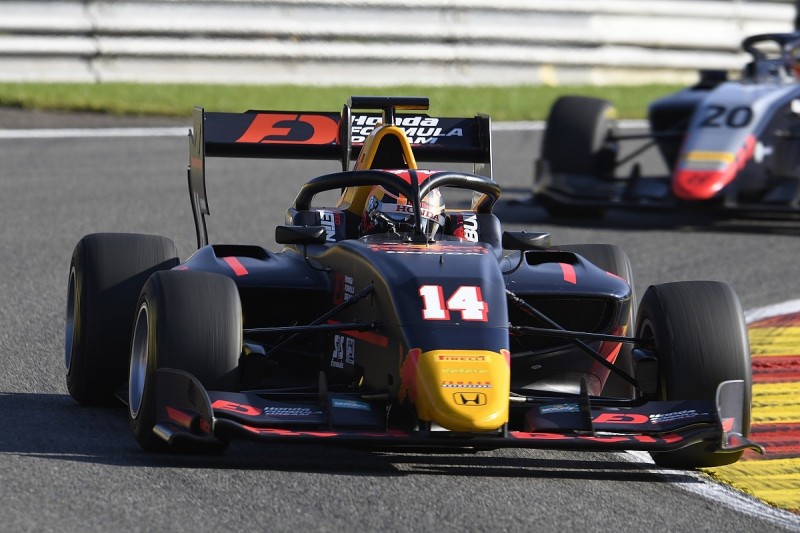 Beckmann races after missing the Sochi F3 finale where he flew home to spend time with his father who was involved in a serious car accident.

ART instead field its highest finishing driver from this season, Christian Lundgaard of Renault affiliation, alongside Ferdinand Habsburg and ex-Campos driver Sebastian Fernandez.

Ferrari affiliate Callum Ilott will join the team he races with in F2, Sauber Junior Team, for a return to F3 action, joining Ralf Schumacher's son David who made his F3 debut with Campos in Sochi.

Alessio Deledda is the only driver listed for Campos - a team recently linked to an F1 entry - while Red Bull junior Liam Lawson will spearhead MP Motorsport's Macau debut.

There are five other TBAs on the 30-car entry list in total, with one at Trident, two at Campos, one at MP Motorsport.