Renault's move to the Formula 3 European Championship for 2014 has pushed the manufacturer's ladder much closer to the FIA structure, according to Renault Sport boss Benoit Dupont

"We've always thought F3 was important, especially with the profile of the clients we have in 3.5," Dupont told AUTOSPORT. "We always offer tests to the top F3 drivers.

"It's just a question of opportunity. With the new engine regulations it was possible to enter at a reasonable cost.

"The big drawback was always the war between Mercedes and Volkswagen.

"It reinforces our ladder to F1. In a way we were a competitor to the FIA, but also working with them.

"Now we are part of the FIA system, part of driver training to F1, for which F3 is very important."

WHO WILL DRIVE FOR RENAULT? 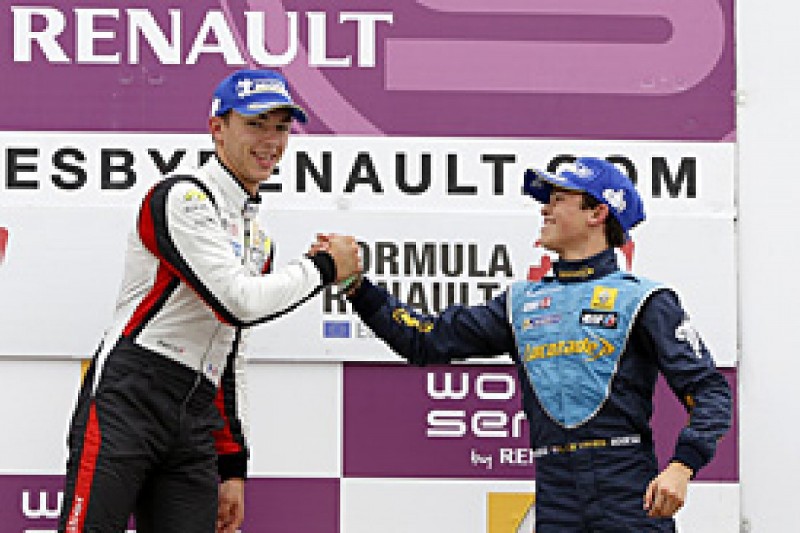 At present Signature is the only team to have declared a statement of entry to F3 with the Renault engine, which is being built by ORECA, the company that also builds the Formula Renault 2.0 powerplants.

Dupont confirmed to AUTOSPORT that FR Eurocup champion Pierre Gasly (left of picture) will graduate to FR3.5 with his scholarship prize fund.

Jake Dennis has also been linked to the Italian team for F3. NEC champion Matt Parry looks likely to contest the Eurocup with Fortec.

But Dupont admitted that Renault Sport is eyeing McLaren protege Nyck de Vries (right of picture). "We are in discussions with his management," he said.

"We have very good drivers in Renault 2.0 like Oscar Tunjo [who, like Ocon, is a Lotus F1 junior] and it's a question of putting everything together."