The Hitech Grand Prix driver could not engage his first gear in the first race at Barcelona, which ruined his weekend.

A pointless score in France followed before a pair of top 10s at the Red Bull Ring helped put him on the right track.

A fourth place finish in race one at Silverstone was followed by victory in the reversed grid race, giving Hitech three wins in four races between Pulcini and Red Bull junior Juri Vips.

"Finally, it has come, [it's] also the first podium of the year," Pulcini told Autosport.

"OK, it's not a race one win, it feels good. But we are here to win race one.

"It was an amazing weekend for the team, especially, and for me to bring back the confidence.

"You can see our main competitors Prema are really fast, but the team [Hitech] is pushing really hard to get to where we are now.

"I take my confidence back, we just need a result in qualifying which is where most of race one is decided.

"We are all in on qualifying for Budapest."

With competition tight in the new championship, Pulcini says it is about having a "clear weekend". 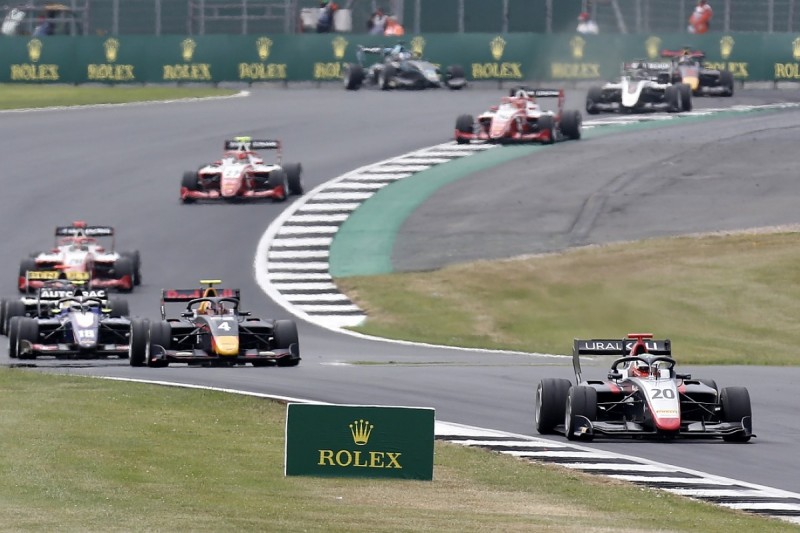 He said before the start of the season that qualifying was worth around 80% of the race weekend.

It was a reminder as to how crucial grid position is considering drivers must manage the Pirelli tyres in a race.

"It's about having a clean weekend," added Pulcini. "The level of the championship this year is one of the highest levels that it has ever been and it is so tight.

"Maybe we have made too many mistakes in the first rounds but we had a clean weekend. "I'm looking forward to Budapest, and I want it."

Pulcini is 79 points behind points' leader Robert Shwartzman of Prema - who is yet to finish outside of the top five in a race - with 192 points still available.