Mick Schumacher emerged with the fastest time from a two-day Formula 3 European Championship pre-season test at the Red Bull Ring, just as he did last week at the Hungaroring

The 19-year-old son of seven-time world champion Michael Schumacher set the quickest time on the second morning of the Austrian test in his Prema Powerteam Dallara-Mercedes.

That was enough to see off Ferdinand Habsburg, who lapped his Carlin Dallara-Volkswagen 0.100 seconds adrift of Schumacher in the same session.

Ticktum headed Schumacher by just 0.001s during the Monday afternoon test, after Hitech GP runner Alex Palou had led the order during the morning.

All but three of the runners set their Tuesday bests in the morning, thanks to snow falling upon the Styrian mountain location during the lunchbreak. 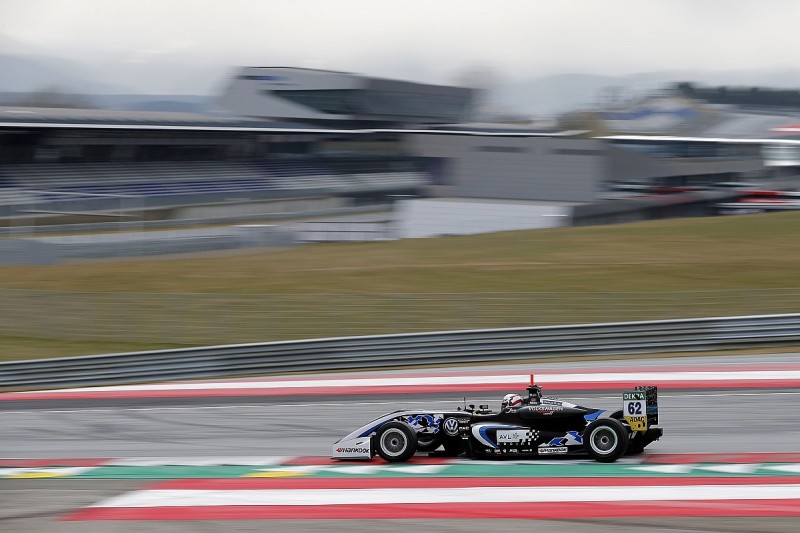 That left conditions slippery during the afternoon session, although they dried out sufficiently for Habsburg to set the quickest lap in the closing stages, just a tenth slower than his earlier best.

Hard on his heels was Carlin team-mate Sacha Fenestraz, the reigning Formula Renault Eurocup champion's lap elevating him to third overall on the day.

An eye-opening performance from Venezuelan F3 rookie Sebastian Fernandez - a multiple race winner in Italian Formula 4 last season - put him third in the session and fourth on the day.