Macau podium finisher Fenestraz to compete in Japanese F3 in 2019

Fenestraz, who tested for the B-Max with Motopark squad in December, has secured a deal to race a Dallara-Volkswagen for the squad in 2019 as expected.

He will dovetail this with a programme in the Super GT series, where he will drive a Nissan GT-R in the GT300 class with the Kondo Racing squad alongside ex-Lamborghini racer Kazuki Hiramine.

Fenestraz won the 2017 Formula Renault Eurocup title and as a result was made a protege of the Renault F1 team's junior programme last season, but has since dropped off the scheme after taking just one win with Carlin in the F3 European Championship.

"To join Japanese Formula 3 and to work together with B-Max Motopark, it will be a really great experience for me.

"Last year was a learning year and now I'm ready to step up and fight at the front, looking forward to aiming for the top spot.

"It's new tracks for me, so there's plenty to learn - I can't wait to get out there." 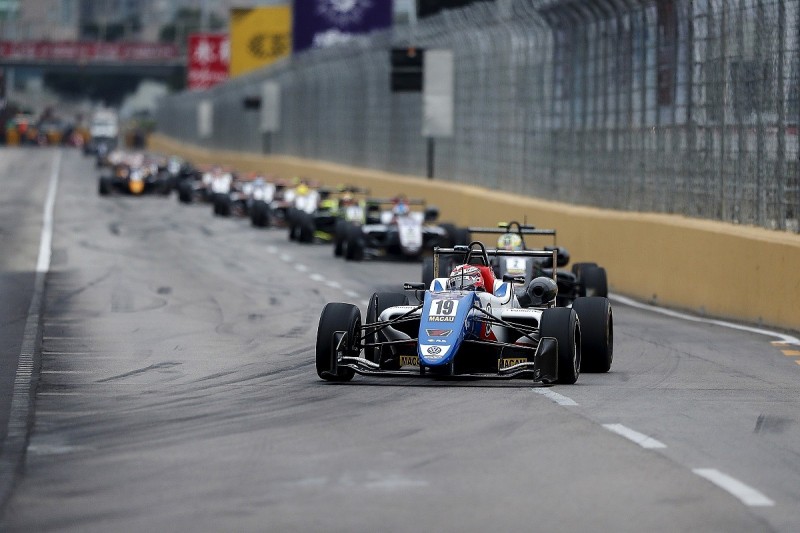 Fenestraz could also be a contender for Macau GP glory, as there is still a strong chance that the event will be run in 2019 for the older-spec F3 cars rather than the new FIA F3 Championship machines.

B-Max owner/driver Ryuji Kumita, who races under the name of 'Dragon', said: "We are confident in his ability, especially to have finished in third place in the Macau GP last year.

"This talent will surely be demonstrated in Japan as well.

"We definitely want to recapture the title with him this season, together with the aim of winning in Macau."

Fenestraz will not be the only Frenchman racing in Japanese F3 this season - Charles Milesi, a race winner in his rookie FRenault Eurocup campaign in 2018, will drive for OIRC Team YTB, which has a collaboration with Carlin.

Official Toyota team TOM'S, which won every race in the 2018 season, will run last year's runner-up Ritomo Miyata alongside F4 graduate Kazuto Kotaka, who has been warming up for F3 by racing in the Toyota Racing Series in New Zealand.

Honda, meanwhile, will continue to support the promising Toshiki Oyu, who remains with Toda Racing after finishing sixth in the points in his rookie season.