The FIA Formula 3 World Cup and FIA GT World Cups in Macau will be cancelled for the second straight year due to coronavirus restrictions.

The final round of the WTCR championship is also traditionally held in Macau.

However, with all international arrivals required to quarantine for 21 days upon arrival due to the pandemic, the F3 and GT World Cups races were cancelled, with the Macau Grand Prix instead staged by local Formula 4 drivers and GT4 cars bolstering the slim GT Cup field.

PLUS: How a much-changed Macau GP kept the party going

British driver Rob Huff was among the few international drivers to comply with the quarantine requirement, as he entered the TCR China event that replaced the WTCR contest, scoring his 10th victory on the Guia track in the first race.

It was planned that the events would be held as normal from 17-21 November this year, pending travel restrictions being lifted, but an FIA statement released on Thursday that the Macanese government will not adjust its quarantine requirements in the foreseeable future.

The statement said: "With the majority of competitors taking part in the FIA events coming from outside the region, this presents the drivers, teams and suppliers with conditions that are difficult to comply with.

"As a result, the FIA Formula 3 World Cup and FIA GT World Cup will not take place in 2021, with the aim of returning next year." 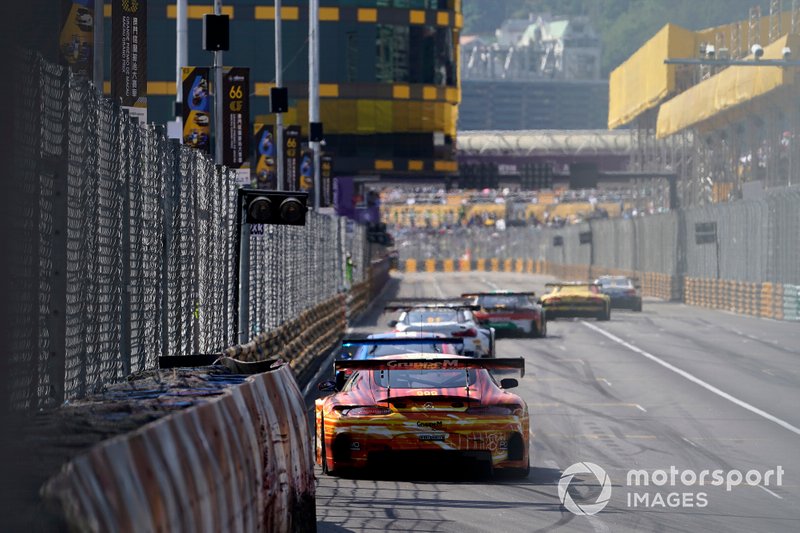 Peter Bayer, FIA Secretary General Sport said: “For many years, the Macau Grand Prix has been a season-ending tradition for much of the motor sport world and it holds special significance for the FIA as the only event to feature three different FIA World Cups on the same event schedule.

“While we will miss not being there ourselves, we wish the organisers a safe and successful Macau Grand Prix in November and we will start working immediately towards the 2022 event.”

WTCR's season finale will instead be held at Russian Grand Prix venue Sochi.

The FIA statement added that details of the Macau event programme will be announced by the Automobile General Association Macao-China (AAMC) in due course.

The Stephane Ratel Group's Benjamin Franassovici, who has co-ordinated the GT World Cup entry with the FIA and the local organising committee in Macau since the start of the World Cup in 2015, revealed that the entry was already up to 27 cars.

"There was great enthusiasm for the event and we already had a record entry," he said.

"We were up to 27 and would probably have got another two or three.

"It was a mixture of local Asian teams and some international teams from Europe, a good spread."

Franassovici explained that there would have been factory representation from multiple manufacturers, including Porsche, Audi and BMW.

Other marques on the provisional entry included Mercedes, Aston Martin, Ferrari and Honda.